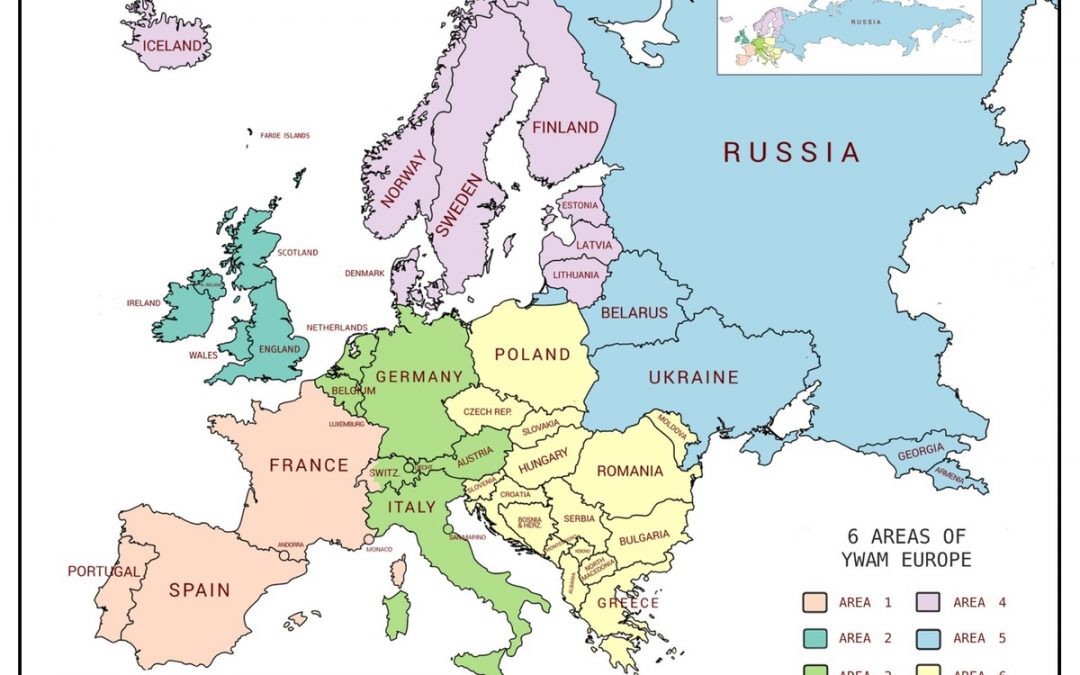 YWAM Central Europe is one of the 6 Areas of Europe. We are made up of 16 countries (2 of which currently have no YWAM presence – Moldova and Montenegro), just over 30 locations, and about 200 staff. I wanted to take this opportunity to share some of what has been going on in our Area Leadership over the past few years.

To align ourselves with YWAM globally, we appointed about 20 people to an Area Circle Team or ACT in 2018. The people who were chosen were people who had influence and relationship in the Area and we also tried to make it representative, so that most of the countries had someone from the country on the team. This Circle is convened or facilitated by the “Core Circle”.

Alongside the ACT eldership, we also have what we are now calling “Legacy Eldership”. People who are either working in the Area or are connected in some way, and want to continue to serve us by coming alongside. These Elders are recognised by the ACT as people who have influence and relationship within the Area.

These are the Legacy Elders at present:

Since 2018, we have had quite a few changes in who is on the team, so here is who is in the ACT now:

And currently on the Core Circle:

What does the ACT do? We meet once a month on Zoom, and when Corona allows, we hope to meet in person twice a year. Besides representing the Area and networking both inside and outside of YWAM, we try to fulfil a priestly function of prayer and spiritual covering for the area. We aim to provide support for our staff, leaders, and teams and strive to inspire and encourage new ministry and pioneering efforts. We gather people together and provide effective communication within and outside of the area. As needed, we give input on crises, conflicts, and moral and ethical concerns.

The ACT/Core Circle also meet twice a year with our Legacy Elders, and we look forward to introducing them to you all through a video project “Coffee with an Elder” which will start this autumn.

So, as you can see, we have a fantastic eldership in Central Europe which seeks the Lord together and responds to needs, opportunities, and inspiration from the Lord.

I shared about all these changes on the Prayer Day, so if you prefer it in video format here it is: