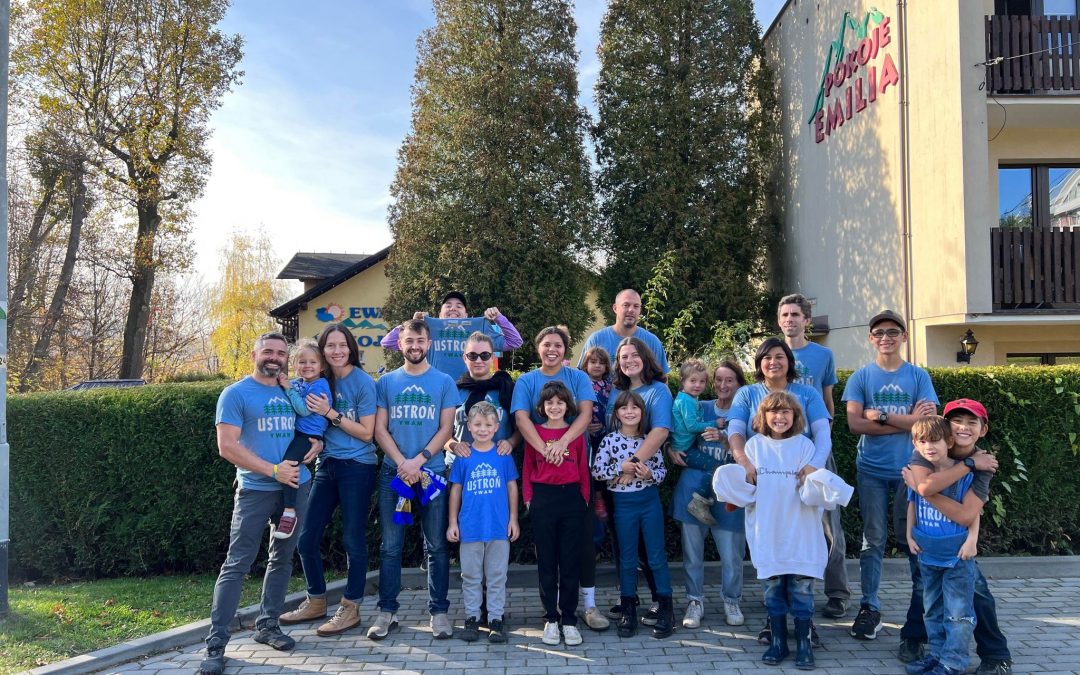 June 10th of 2022 YWAM Poland officially took ownership of a property for the first time. The dwelling is situated in South Poland in a small quaint town called Ustron, where it served as a hotel for several decades.

The YWAM Ustron building consists of a main structure with 7 bedrooms, 9 bathrooms, two kitchens, an office, dining room and covered terrace. Along with this there is a separate cottage with an additional four bedrooms and three bathrooms. It is perfectly situated to serve and host teams or individuals, and a testimony to the goodness and faithfulness of God. Our family of four spent three months in Warsaw at the beginning of the war ministering to Ukrainian refugees wherever there was a need and hosting teams through YWAM Tyler’s crisis response effort known as Mercy Works. It was during this time God began to stir up a vision prior to the war we shared with our family, Erin and Greg Skrobarczyk, of pioneering a base in Poland. They currently lived in Warsaw as well, leading various ministries, however were taking steps to transition to Ustron.

As Warsaw became oversaturated and opportunities for Ukrainian’s dwindled we could see the urgency of long term need, and the relief a base could provide. Through prayer and conversations with the Mercy Works department there was a unity of spirit to move ahead and begin taking simple steps of acquiring a property in Ustron.

We identified a location and after visiting, inspecting, and negotiating we came to an agreement to make the purchase. Our hope and prayer at the time of signing a contract was to raise approximately half to the $225,000 total by our close date. However, our prayers were not big enough for what God would do, as the entire purchase price was raised through several generous donations and grants.

As we took possession of the property, our family returned to the US to staff the summer DTS at YWAM, Tyler. However, teams from Mercy Works continued to contribute to the relief efforts under new leaders. They also began the task of demolishing, renovating, cleaning, painting, constructing and preparing the base to host Ukrainians in need.

Although renovations continue to this day, we are currently hosting three families, with plans to accommodate more once preparations are complete.

Our mission with the base is to offer prayer, counsel, and assistance to those who choose to stay with us. With no end in sight to the war in Ukraine, we will continue to host refugees for as long as there is a need. However, eventually the base will serve as housing, dining and teaching as we begin running Discipleship Training Schools.

The building is a gift from God and we look forward to seeing the Kingdom advance through whatever means necessary. Our hope is to steward it well and continue to minister, bless, encourage and love each person who comes through the door.