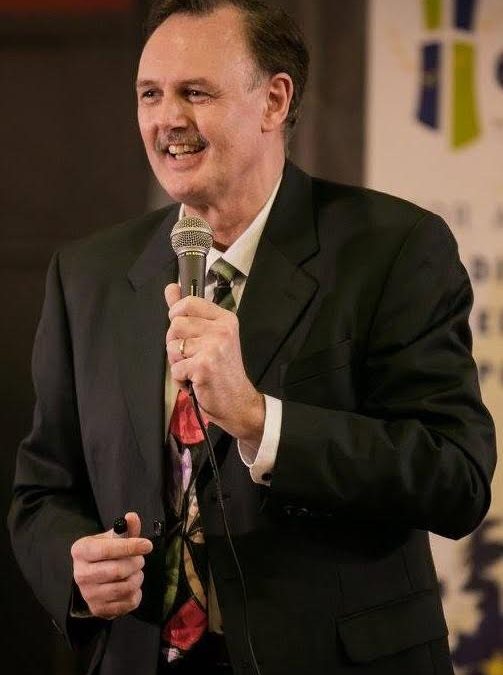 Our dear friend and former YWAM Slovakia leader Ad de Bruin went to be with our father on Tuesday the 6th of December. We are grateful and honored to have been able to serve longside Ad as he was a remarkable person and leader. Our prayer and support goes to Ads family and close friends. This is a tribute to Ad life and he will be greatly missed.

Ad, from Barendrecht in the Netherlands, first encountered YWAMers when working at a Christian conference centre. Their vibrant worship and passionate faith inspired him to do his DTS in Holmstead Manor in 1986, despite not speaking English very well at that time. He continued on as DTS staff, taking teams to Africa before moving to Uganda, with his wife Ingela. For 10 years Ad travelled extensively around Africa teaching and mentoring countless believers, caring for HIV sufferers and helping victims of the Rwandan genocide. As YWAM Uganda’s Head of Training, he helped design a village in Jinja and a discipleship programme for the Ugandan police force. He and Ingela had such a lasting impact in YWAM Uganda that their names are spoken of with much affection, even today.

Ad and Ingela, with their three sons, joined YWAM Slovakia in 2000. Ad served as the team leader from 2010-2021, led Supernatural DTSs, developed the YWAM Lucatin base and taught at YWAM schools around Central Europe. Through teaching and building relationships he helped forge a unique bond of cooperation between many Catholic and Protestant believers in Slovakia. He was also part of the Central European Leadership Team (CELT) from 2008-2014, using his extensive leadership knowledge and problem solving skills to support YWAM teams around the region.

He is perhaps best known for his 7 Mountains work, which fleshes out YWAM’s understanding of the Kingdom of God and the mind moulders of society. Ad gathered together groups of Slovak Christians from different churches to discuss the application of Biblical truth into the spheres of influence; such as education, politics, media, healthcare and government. He spent years travelling around Slovakia, challenging believers to bring Biblical truth into their professions and inspiring them to seek God for answers to society’s problems. As a result, in the last decade, Slovakia has experienced a flood of Christians going into politics and taking up civic leadership roles locally and even nationally. Ad was a beloved mentor and adviser to many Slovak leaders even up to the highest level of government.

From public speaking to plumbing and coaching to carpentry, Ad had a vast and diverse skill set and he was always ready for a new challenge. This gentle giant of a man embodied God’s heart as he patiently listened and offered wise advice, all the while making people feel loved, affirmed and appreciated. Ad taught on many subjects over the years, but his most profound lessons were those he demonstrated through how he lived his life.

“Therefore be imitators of God, as beloved children. And walk in love, as Christ loved us and gave himself up for us, a fragrant offering and sacrifice to God.” Ephesians 5:1-2 (ESV)

Thank you to Jo Kilbry who wrote this beautiful tribute about Ad.