Timisoara – the city where 25 years ago on December 16th the revolution in Romania started. 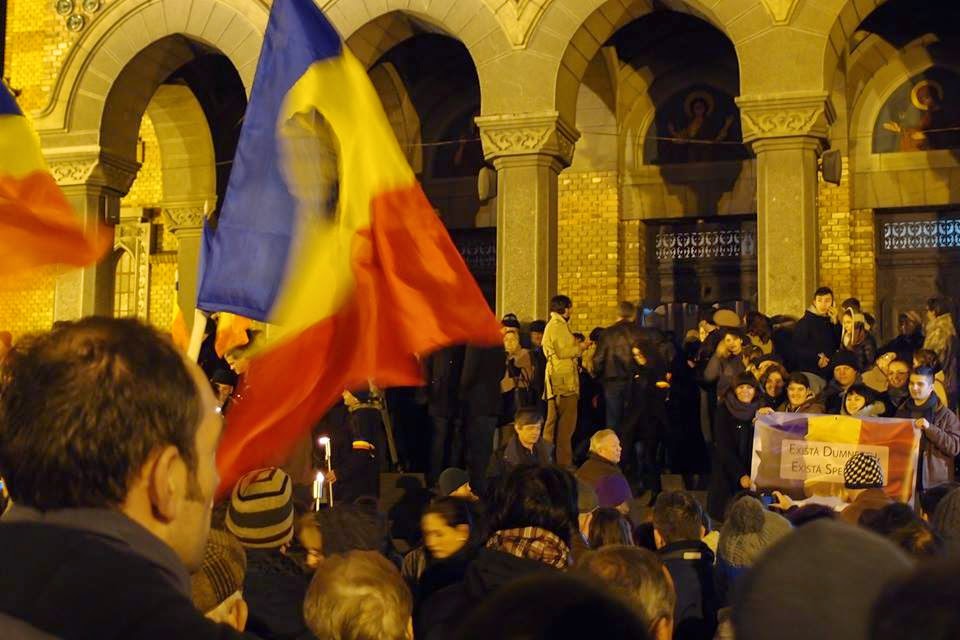 I had organized a prayer day for YWAM Romania and it was not easy to bring a team together for this and to get a permit for this event. We experienced many attacks. But still we could bring together a team of 25 for two days talking with the people on the streets of Timisoara, hearing their prayer requests and praying for the future of Romania.
The motto was „Exista Dumnezeu!  Exista Speranta!“ – „God exists! There is hope!“ 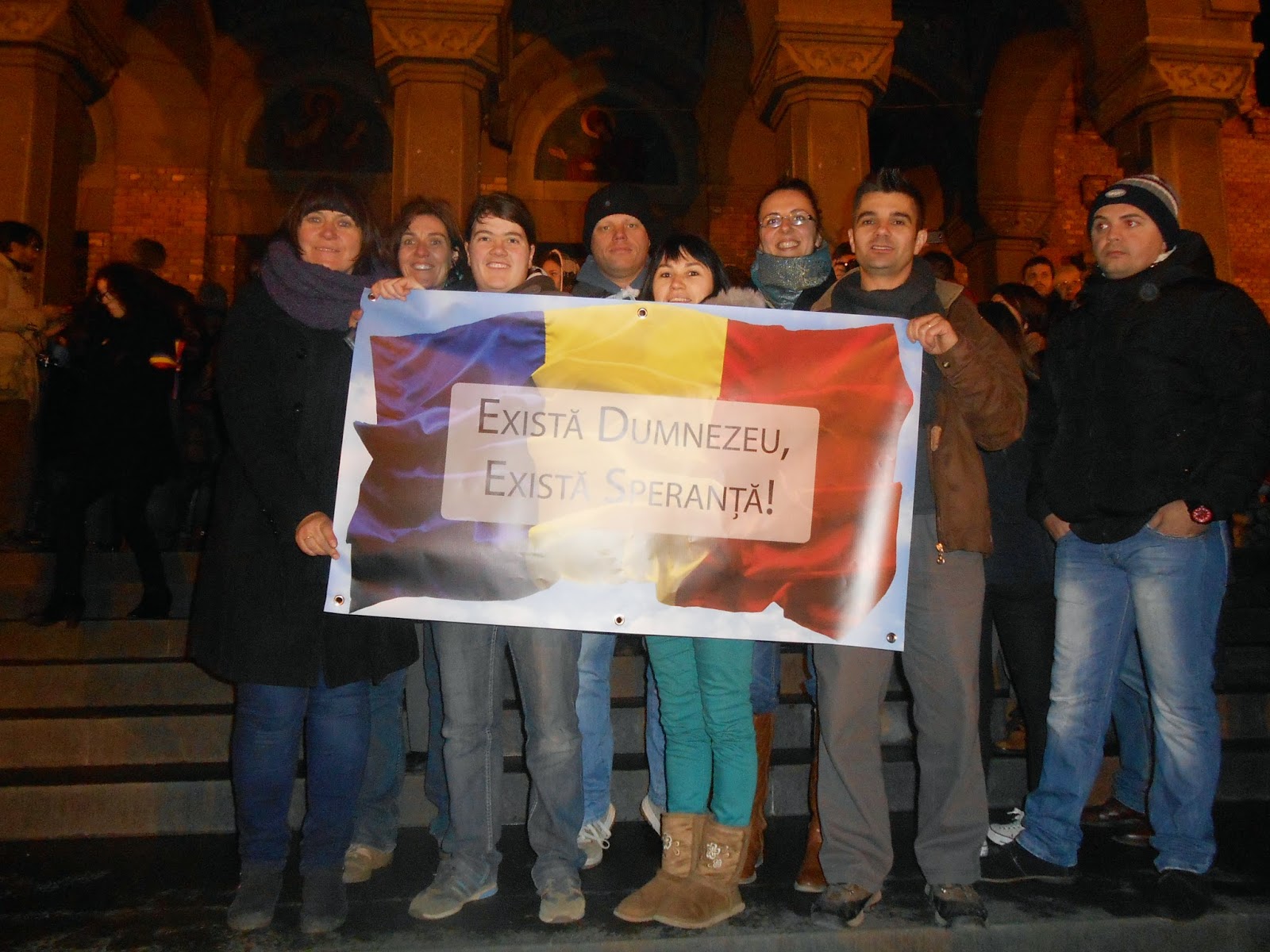 We had the opportunity to meet with the new Romanian president Klaus Johannis. Some of us shook hands with him and blessed him. His election is an answer to prayer and Romania also in the future needs much prayer in order to experience true change.Many young people do have hope for Romania, especially because of the new president and they are grateful that they can live in a free nation. 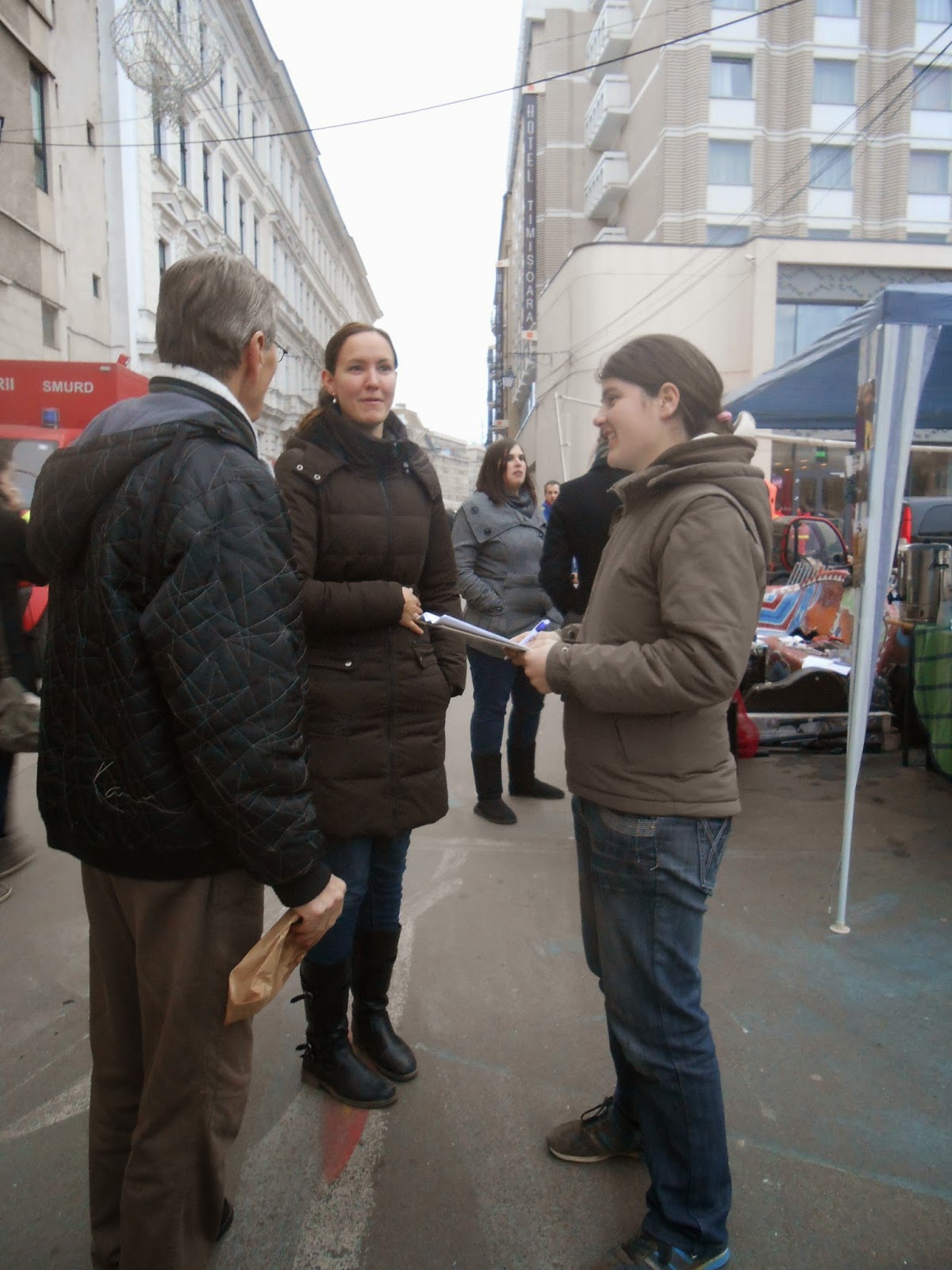 The sacrifice of the previous generation: The older generation expressed their disappointment: They were hoping for more after all the sacrifices they made 25 years ago.
Many people asked us to prayed for integrity in the political affairs, better economical situation, less corruption, more solidarity and that in the future not so many people would leave the country.
-Helga Nuernberger
YWAM Romania