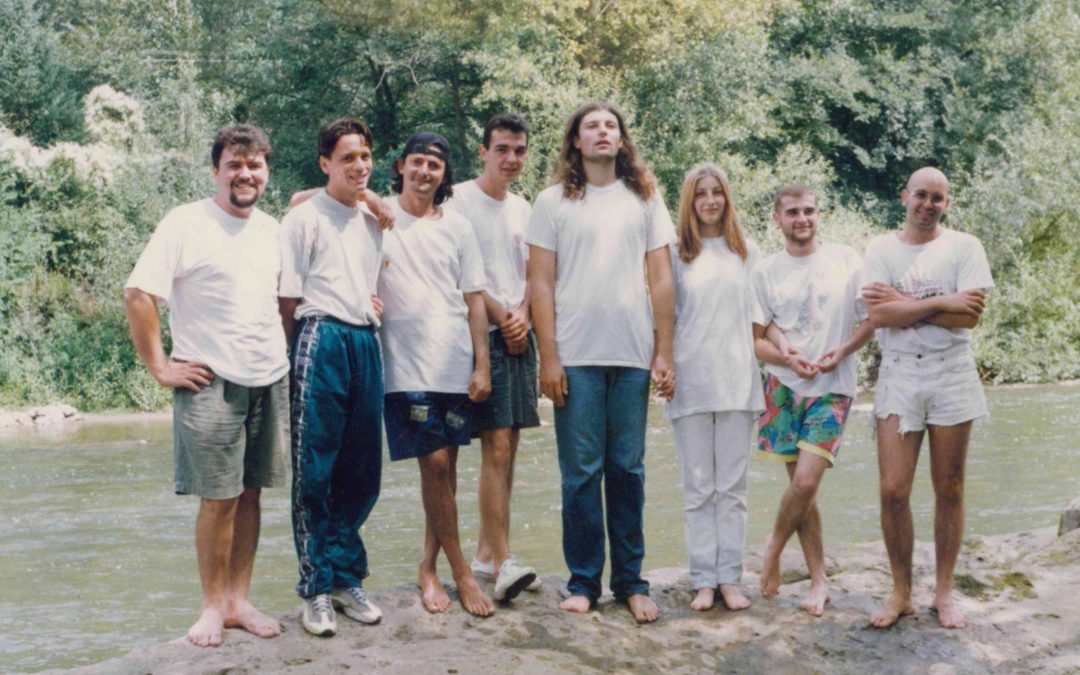 It all started in January 1996, in a DTS classroom in Lausanne, Switzerland. I was thirty years old, the oldest DTS student on the school. I had come from four years on the field with another organization and was apprehensive about what I would find in YWAM. All of the students were moving into the Chalet, getting settled, and then we gathered for our first DTS meeting. Maureen Menard was our school leader and in that first meeting, she announced that we would likely be going to Serbia on our outreach.

My first thought was… Siberia?

Ohhh, that’s going to be so cold! Then I heard her repeat, “Serbia,” and I had to ask, “Where is that?” Over the following months, we learned a lot about former Yugoslavia, the war, the needs there, and how we were going on a mandate to plant a church in a small town called Niš. There were two local pastors in Niš that we were going to work with. One had a small church already with a handful of believers. The other was a dynamic, young Serbian named Bata and his amazing wife, Sladjana.

In 1996, Yugoslavia had just broken up. There had been years of bloody conflict, genocide, and total destruction of some of the major cities. The people of Serbia had not seen foreigners for years. The young people were hungry to know more about the West, meet Westerners, and engage with the outside world.

As we prayed and planned for our outreach, we put together a band from among our DTS students called Stain Me Sane. It was led by Jeff and Joel Rogers (Loren and Darlene’s nephews). The band played “grunge” music and was pretty good! As we arrived in Serbia, we started playing on the streets and in the parks. Young people began to gather to listen and we quickly had a following of friends. Soon, we had gigs in clubs and our following was growing! After our concerts in the park, we always shared our testimonies and preached the Gospel. As the weeks went by, more and more of our friends were showing an interest in spiritual truth.

Mid-way through the outreach, we started Saturday night “party evangelism” at our house. We’d invite all of our new friends over for food and fun, and then towards the end of the night, the band would play unplugged worship music followed by more testimonies. Every Saturday night we asked if there was anyone who wanted to commit their lives to Christ. After seven weeks of outreach, we had 35 young people that had decided to follow Jesus! Bata, the young pastor and his wife Sladjana, were with us constantly. They were building relationships with all of these young people and having them in their home for meals and fellowship, too. When we left Niš to return to Lausanne, we left a new and vibrant church in the hands of the locals!

As our DTS graduated, four of us students decided to go back for the summer (1996) and spend three months discipling the new church. Our small Y Staff team was made up of two Americans, a Bulgarian, and a Hungarian. We rented two apartments near the church and began to spend our days with the new believers. As the summer went on, two of us decided that we needed to commit at least a year or two coming alongside of Bata and Sladjana as these new believers were so hungry to grow in Christ. Out of that small team of two – YWAM Serbia was birthed! Others joined us and the following years were full of baptisms and Bible studies!

The new church decided that they also wanted to be involved in evangelism in their city, since that was how they had all come to know Christ. So, we rented and renovated an old apartment downtown and turned it into the first Christian Coffee Bar in the city. Streams of young people filled the café and the garden most nights of the week. We had live music and conversation nights. The new believers were multiplying and leading others to Christ! We even had older, more senior pastors from Belgrade coming to Niš to interview us and ask how we had planted this church!

Within two years, we decided to start the first DTS ever in Serbia! We ran the lecture phase in Niš, Serbia with an outreach to Sarajevo, Bosnia. Eventually, others joined the work in other cities, and the work of YWAM Serbia continued.

Those were some of the best years of my life. God was moving in such miraculous ways, bringing so many to Himself.