The Road to Greater Healing 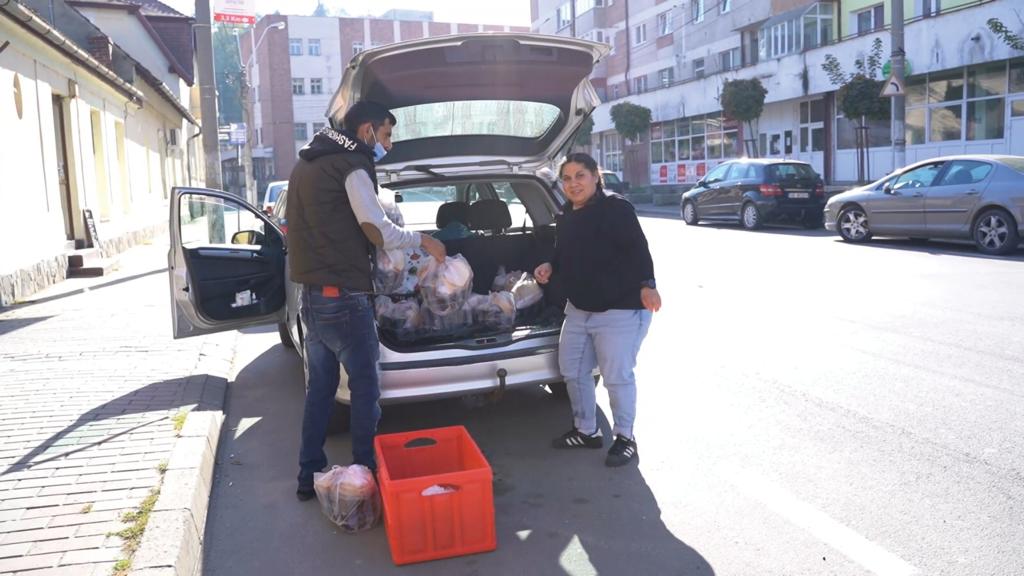 I met a girl 13 years ago … the shyest girl of all! Head down, hat over her eyes, finding the furthest spot in the room away from people. Our YWAM culture of hugging and having fun seemed to put her off. Especially hugging – she just couldn’t stand it. This was a problem: I’m a big hugger, so how was I going to approach this new DTS student? She was on the road to greater healing!

Too small to survive..

Florina was born to a 12-year-old Roma girl in 19xx. The doctors sent the young mother home, saying “Your baby needs the incubator, she is too small to survive without it”. The young mother knew that she would never see her baby again. The communist system, well established, discouraged this Roma mother from keeping her baby. They actually took the baby away and placed her in an orphanage without her mother’s consent. The Communist machinery believed that the State would give this baby a better education than her Roma community. The road she took was the road of thousands of children during the Communist years in Romania.  Florina refers to her childhood in Communist-run orphanages as “the jungle”, but she survived it.

She learned to trade food for a warmer blanket. She learned to hide food from older kids, who would search the dorms for it. She learned to take a beating for a friend, hoping she would get their support when she needed it. She felt the separation from her Roma family and community deep in her soul as she grew. She spent 16 years in several orphanages. In addition to the external obstacles Florina faced to survive this loveless upbringing, there was an internal scar inflicted by abandonment, harsh treatment and neglect. This scar was not only invisible but impossible to treat when all her peers were struggling with the same scars and none of the adults cared. But then something changed.

“One day a missionary came. She took a couple of us for a weekend to her house. I had never seen a clean bathroom before.”  Florina continued to describe the amazement, the shock, the joy, the fun of an orphan kid experiencing unconditional love for the first time. “Cereals for breakfast, oranges and kiwi – I’d never seen a kiwi in my life”, she giggles. “Using nice, clean cutlery and eating peacefully at the table. These were my first precious memories of how I tasted freedom and love. The fact that I didn’t have to be on my toes all the time, ready to rush, to hide, to stuff my food under my shirt quickly, brought the foreign feeling of rest.” The weekends turned into holidays spent with this missionary lady at her foundation. She grew fond of her, as you can imagine.

So she decided to run away. Though only 16 back then, she made the decision that would change her life. “I am done with the mockery and the beatings! I won’t wait to turn 18 in this place!” She knew what turning 18 meant for an orphan. The “benevolent” State would simply open the gates of the orphanages and let the “adult” orphans loose on the streets. For a girl that could easily mean prostitution, living on the streets and all that implies.

Florina’s plan to run away is a story in itself, worthy of an another article. She managed to travel 200 km by herself, and knocked on the door of that missionary lady’s foundation. She was determined to stay. The orphanage people got mad, but she was still determined to stay. The foundation, on the other hand, pleaded to transfer her to them–which in a couple of months became a reality. This teenage Roma orphan outsmarted the Communist machinery.

From here God made Himself visible to her more and more. Showing her that He was there all those years. She allowed Him into her heart, accepted His love, but still her inner scars from abandonment and maltreatment needed mending.

The following years were nurturing: the church, the new friends, the new family who took her in when she turned 18, were blessings from above and she took them and cherished them gratefully. She learned so much in her adoptive family. It was here she learned more about what trust is, deep respect, and taking responsibility. The fact that this family included her as their own, loving her, entrusting their children in her care during the day, empowered her and slowly built her self esteem.

Shortly after, her YWAM phase began: she was invited to the ProMission Festival in Medias one summer by a Christian friend. “I loved it! I loved how we served those kids! I knew it’s what I want to do for the rest of my life! I want to help helpless children! I just want to help them!” It was like a mission statement coming out of her mouth with lots of enthusiasm and joy. The next year she was a student in a DTS in YWAM Medias.

The Road to Greater Healing

The Great Potter was kneading that clay for the whole five months. He slowly removed the hat, lifted her chin up, and brought people close to her. She even allowed me to give her a hug here and then. It was beautiful to watch her making steps towards healing those deep scars. She realised she needed more training and she wanted to continue to know God better. So she joined YWAM Medias. She loved living in community. It was such a redemptive statement: from the shameful community in her past to this present encouraging and enthusiastic community. She found her place, discovered her gifts and abilities, and slowly started to minister to others.

Two years after joining YWAM, a clock in her heart gave a signal: IT IS THE TIME! It was the time to start looking for her family.  She reached a place in her healing that it seemed stuck. She needed closure, she needed complete healing, she needed answers. We all prayed for her, helped her in all the ways we could, and one day she hopped in her friend’s car and they drove off in search of her family. All the fragments of information she was able to gather together from hospital, orphanage, other institutions, paid off: She found them.

I asked Florina what triggered her to start this reconciliation journey. Her peaceful eyes gleamed joyfully: “I want to serve the Lord. My whole life is about serving people. This chasm inside me did not allow me to fulfil my mission. If I don’t forgive, my testimony is a lie. If I don’t forgive, how can I tell my orphanage mates about God? And it all started in my DTS. It was there where God started to talk to me about His love, restoration, being free. It was then when I understood that He fully forgave me, so who am I not to do the same? I have forgiven completely, I have made peace with my past. I have seen God’s hand on my road and I found my family.” Huge giggles came out of her mouth as she concluded.

Florina’s Chasm is now closed and she is living out her mission statement. She clearly displays leadership and pioneering skills in the area of social work. She is also a servant and a comforter of the needy. Besides her responsibilities in the YWAM Medias base, she pioneered a couple of ministries in the city: visiting the children’s ward in the hospital, playing with the kids, bringing them food and toiletries. She made a point of finding out if any of the patients were abandoned while in hospital, and then pays special attention to those who were.

The mayor and department of social work in city hall noticed her work. She is a kind of Esther – she has friends in high places but she is touching the needy too. Lately she started to visit Roma families in the slum. She eats with them, teaches them literacy and gardening.

She is determined and full of vision, an inspiration for others. She is so perseverant she didn’t give up on getting her driver’s license, even if it meant testing 12 times. Now she owns a car and drives around to the places where the needy need her.

Though we don’t meet often lately, last year I sat down for a coffee with this girl. We met, we hugged, and we ordered our coffees. She was leading a DTS during the pandemic, and she was doing amazingly well. I’m so proud of my dear friend – Florina Stanescu.