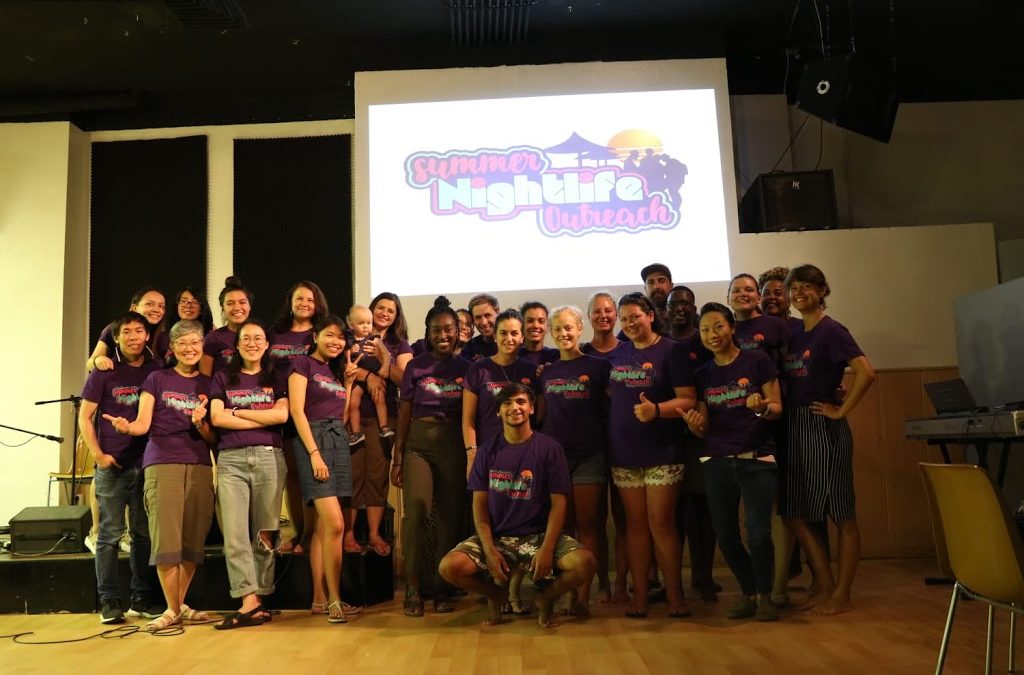 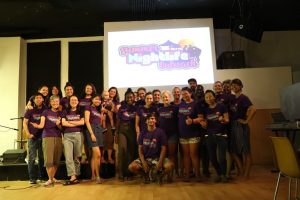 God brought an awesome team together to help organize a great outreach into the bigger party resorts in Europe. Nine months of praying, planning, networking, recruiting and more planning later it was finally happening: on the 15th of July, one by one the participants started finding their way to the training facility of YWAM Barcelona.
We had three days of awesome teaching in which we incorporated an outreach into Barcelona’s nightlife. After these three days we send three teams out into three different party locations: Albufeira Portugal, Hvar Croatia and Thessaloniki Greece. 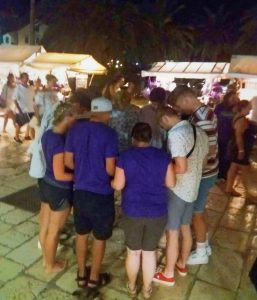 We have seen Jesus move very powerfully in each one of the outreaches. Below is one of the many testimonies:
“Two Irish guys came to ask if we knew where the taxi boats were, because they wanted to visit a nightclub at another island. One of my friends told them where the boats were, but she also told them that we had something better than alcohol and drugs. One of them got interested, and he started to ask what it was, and how he could take it. She told him that what we have is called HS (Holy Spirit) and that if you take it you never have to take anything else! “But you can only receive it through prayer.”
So we were given the opportunity to pray for him.
Man… we couldn’t even finish our prayer. This guy took a step back, telling us that he started to feel something in his body, something so strong! He started to freak out: “What have you done to me? What is going on? This is not real, this is not real!”
He was freaking out for 15 min, while we tried to explain that it was the Holy Spirit that touched Him. He didn’t want to believe it. So we prayed for him a second time..
Again he went crazy.. He started to panic: “I cannot believe in God because no one from my family believes in God!” We calmly tried to explain to him how much God loves him. He wanted us to pray for him a third time to see if he would experience the Holy Spirit again. So we prayed a third time for him. Then he could only exclaim “Fxxx… God exists, God is real!” He started to cry, just having had his first experience with God’s love… someone’s love that he didn’t know existed.
The next night he came to us with all his friends: about ten of them. We prayed for all of them.. and guess what? All of them experienced God’s love.
Interested to join us next year? Save the dates: July 18th – August 1st. Register online on www.summernightlifeoutreach.com 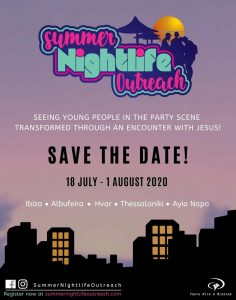