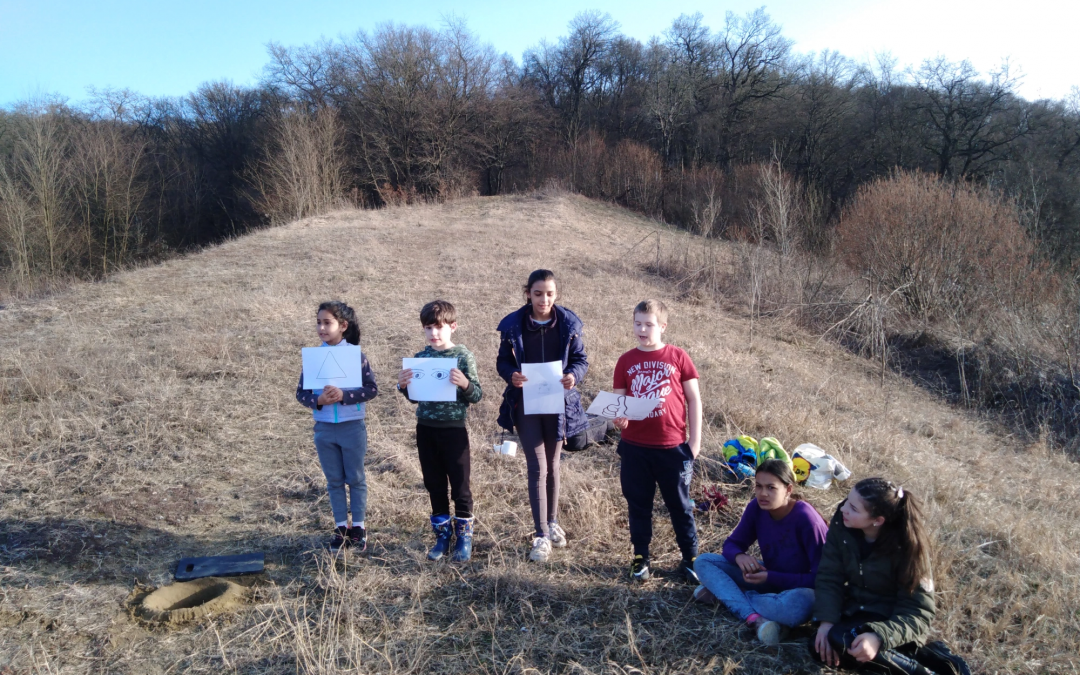 I was born and raised in a village in northern Romania, on the border between the old region of Bistrita, inhabited by ethnic Germans, and the area of Nasaud (Somesului Mare Valley), inhabited by Romanians. The valley I grew up in was long, with many hills, forests and meadows. It was 12 km to the next village on a road that didn’t have cars, which made that valley a pretty wild area.

In the 90’s my father bought a plot of land in the middle of the valley (7 km away from the village) surrounded by forests and quiet. I built a house with him there, which made me spend many summers there among the trees, snakes, deer, salamanders, badgers and other creatures that liked the quiet. Because we didn’t have access to a car in that area, I made the trips by foot, about an hour and a half one way, so 3 hours a day were spent just walking on the road! Sometimes we chose routes as isolated as possible, even if it meant going around. Or there were routes that required more effort, to kill the monotony or out of curiosity to see other areas. This was a time in my life when I learned a lot about God’s creation, plants, wildlife, and nature’s secrets.

One of my favorite activities on long summer trips was listening to the biblical stories my father used to tell me leisurely, which made the trips much more bearable and short.

This experience has developed in my love for the forest, nature, wildlife, hiking and animals that can only be seen by the patient and dedicated.

Years passed, I moved from my native village, but the passion for nature and wilderness was not lost. When I first met someone from Royal Rangers, all the feelings I had as a child awoke in me and I knew it was something I would like to do with my children someday. But being involved in leading the mission base, I didn’t have the time to start such a group, so it took me a while to get used to the idea that one day we would.

Last year, we began a leadership transition at our base, which has given me more time to do other things, so we were able to start this Royal Rangers group at Medias. Some other reasons I was able to start this group was the pandemic and our new home. We have built a house in recent years and it is right at the edge of the forest. Due to the pandemic, many of the meetings with children were canceled, but we, living on the outskirts of the city and close to the forest, were able to offer a safe space where we could have meetings with children.

What is Royal Rangers?

It is a discipleship program for children, designed for different age groups, which uses research tools and methods. Some of the basic principles of the program are:

Each group of children will go through a curriculum that has the children completing different activities and earning badges that the children wear with pride sewn on their personal uniform. All children must wear a specific Royal Rangers uniform (the reason for wearing the uniform is to create a safe environment, without differences between children coming from different backgrounds, with different financial possibilities) and wear the Royal Rangers tie, which represents the identity of belonging to this group.

Most activities are in nature and this is due to the desire to disconnect this generation from the virtual world and connect them with the real world- with God’s creation. We currently have a mixed group of children aged between 9 and 12, which in Royal Rangers is called “Forerunners”. We pray and plan to start the 2nd group with children aged 12 to 14, who will be “Scouts”.

We are glad that we can all be involved in this work as a family, both me and Lidia and the children. It is a great honour and joy for us to be able to work for God and His Kingdom together.

If you want to join this team, either as a participant or as a leader, please let us know! We look forward to hearing from you.

Daniel Pop, DTS in Medias, 2010. He’s married to beautiful Lidia and has two amazing kids, Natanael and Sara. His passion is to invest in young people, he’s a good teacher and loves nature. They’re just building their own house, and in doing so they are learning how hard but beautiful is to build a legacy.