Mission teams back in Banja Luka 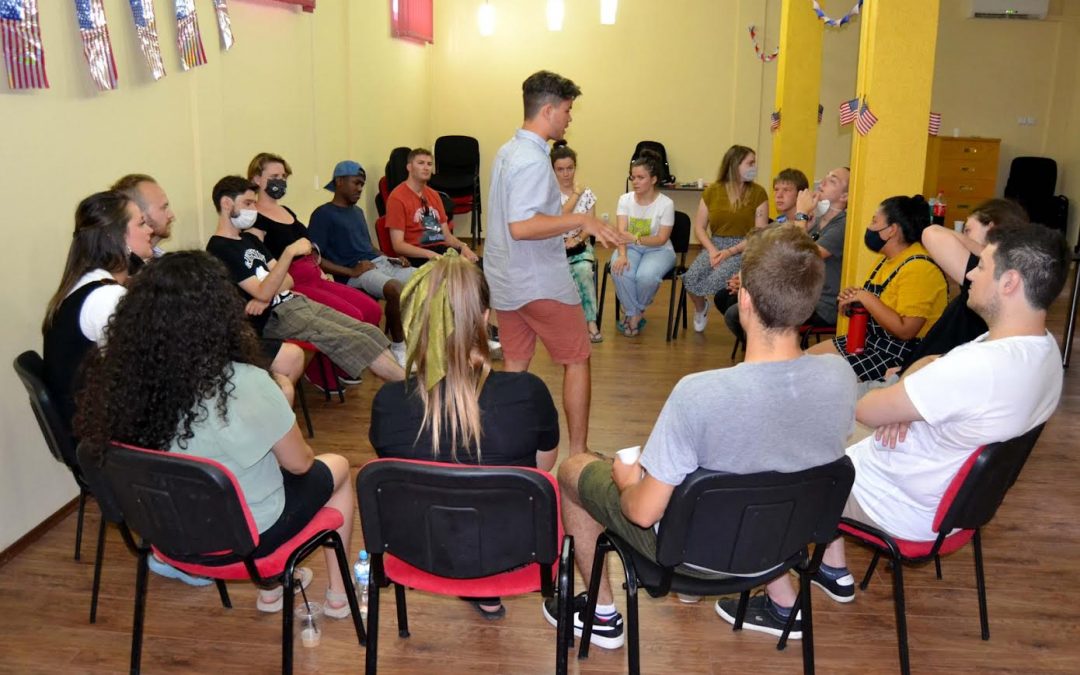 In the last two weeks of June, we hosted two mission teams back to back here in Banja Luka. After not having any teams for almost a year and a half, it was refreshing having teams come again!

The first team of 8 was with InterVarsity from the USA and were spending most of their time in Sarajevo, but started with us to do some orientation and also have a fun “Cultural Night”.

The second team of 4 was also from the US with another organisation, and they were spending time in many cities around Bosnia, helping run English Camps for kids. They taught completely in English (with a smattering of translation here and there) and the kids picked up a LOT of English in the 3 days of camps.

One fun thing was that we got the youngest “family unit” from the Children’s Home to come and join in (here are two of them from the back) and so we got to spend time with “our” Children’s Home kids that we haven’t been able to see because of Corona… The other kids were all from our sponsorship project.

Here we all are (faces of children are deliberately blanked per our Child Protection Policy):

We had some of the older kids come and help out as volunteers which was also fun!

It was fun to have teams again after such a long time of not having them. It did help that they were all vaccinated, and that our covid case numbers have been very low. After the busy two weeks, we were all ready for a break!