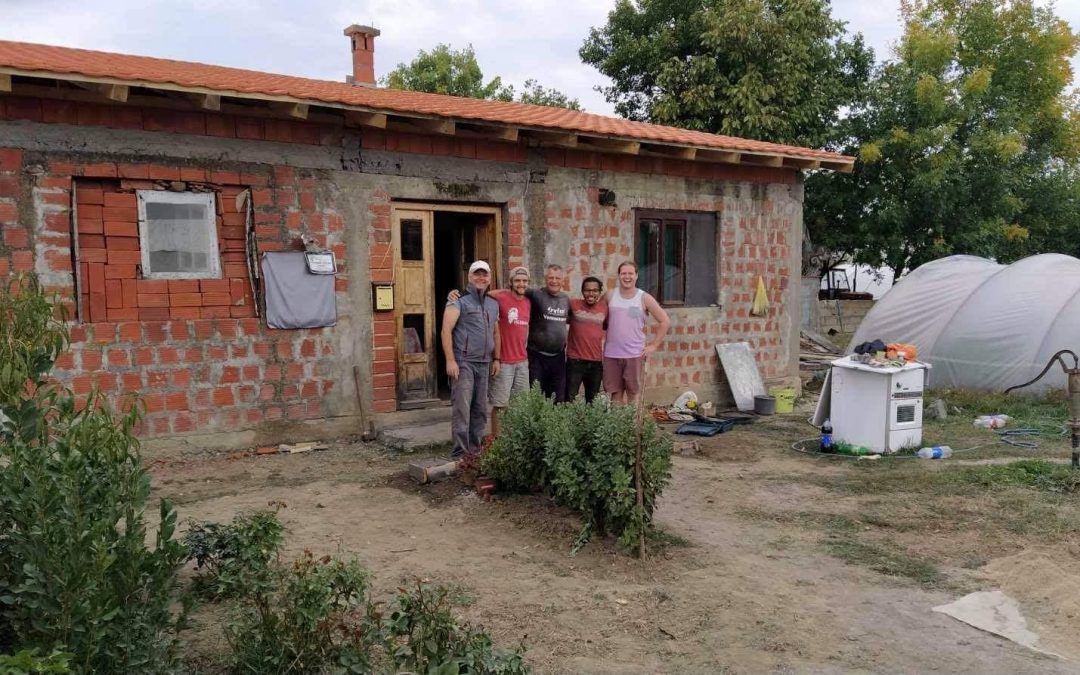 This is a story about a couple, Ivan and Elizabeta. They live in a small village, close to the city of Niš, South East Serbia. The COVID-19 pandemic and the restrictions on day to day life which ensued, left us and the outreach team we work with unsure of how we could continue to evangelise Central Serbia. We created a Facebook page, and later a webpage entitled Isus Mesija, where people could find messages and videos about God and the Bible.

In the beginning, a lot of interest was generated, with over 1 million visits to the Facebook page. Many people ordered Bibles, and some of them invited us into their homes, to teach and read the Bible together. One of the first people to invite us in was Elisabeta.

On our first visit to Elisabeta, it was clear that her house was in a very bad state, there was no electricity or running water, and the roof was leaking. In spite of her physical living situation, she extended to us great hospitality and was eager to listen to us and the gospel message we presented. It was probably the first time in her life she heard the gospel presented in this way. She had heard about God; the Father, the Son and the Holy Spirit as a good Serbian Orthodox, but she never made the connection that she could have a relationship with God the Father through her faith in the redemptive work of His Son Jesus on the Cross. She repented of her sinful ways and became a new creation in Christ Jesus.

Shortly after we baptised her in a river in Kruševac, together with another sister in the Lord. Some of us visited her a few times, and Ana ( part of the outreach team of our local church) continued to disciple her online. Elizabeta started to witness to her husband and a couple of months later he also became a believer. Shortly after he also was baptised. Wow. Praise the Lord.

Both of them work, but it was still hard for them to renovate their house. We got in touch with two christian organisations and they were willing to help out with the renovation. So, we got the financial donations in and recently fixed the roof in 3 days. Neven, who led the renovation, is also willing to continue to disciple Ivan and Elizabeta. There is still a lot to do in getting their house renovated, but this is a good start.

Wow, what a blessing. What a story. We invite you to pray with us for this wonderful couple and for more Serbs to come to know Jesus.

Chris Klop is originally from Holland and has worked with YWAM in Constanta, Užice and is now based in Kragujevac, Serbia. He is married to Mirjam and they have 2 daughters, Nadia and Alissa. One of Chris’ big passions is evangelism and he is currently involved in that in Kragujevac and around Central and Western Serbia.