Saying goodbye is something that is inevitable in this life, but somehow I seem to be saying a lot of it lately. Having lived in Bosnia for over 12 years, I have said a fair share of goodbyes to other “ex-pat” workers who have left along the way… I console myself by picking up some of their stuff where I can, so I now have a HUGE library of books for instance – I jokingly say outlasting other people has its benefits!

My friend asked me the other day how many short-term teams I have hosted or been involved in. And I would have to go back and count them, but it has been a LOT. And with short-termers comes the inevitable goodbyes. And you start protecting yourself by not getting involved with short-termers and not putting your heart out too much…

I mean the truth is, saying goodbye stinks. Especially if you don’t know when or if you will see people again on this side. It is nice to know with believers that one day we will see them in heaven at least! Sergej (a colleague I said goodbye to in 2009), used to say “meet you at the East Gate” to people when saying goodbye. I like that. It gives hope…

This year has been particularly hard. I said goodbye (albeit from a distance) to two of my oldest friends in Bosnia, who had to go back to the US for health reasons. And his prognosis is really grim, so I am pretty sure I will only see him again on the other side…That just stinks.

And my good friends here in Banja Luka also left in July to go back to the US, and I am going to miss them a lot. They were kind of like my mom and dad here. Really stinky.

And other friends are also going back to their home country, and then this spring/summer I had 3 short-term teams and two singles coming through… heart crushing to say goodbye to all these wonderful people I was just starting to get to know!

I am really blessed with lots of local friends, and that helps a LOT. But sometimes I think we need to speak with people who get all of what we are going through. And so finding friendship with people “living between two worlds” is essential, and rarer, and thus it hits harder when the inevitable goodbye happens…

And I haven’t even mentioned the goodbyes that happen when we leave one of our “homes” and go to the other… those are also stinky! Whichever way we go, we have to say goodbye to someone 🙁

And yet, we have to pick ourselves up off the floor, and realise that our hope is not in our relationships with others here on this earth. Our home is not here. We are just here for a short while and then we will be home forever with the One who turns our mourning into dancing… weeping may stay for the night, but rejoicing comes in the morning!!

So, continue to put your heart out there, and say goodbye well, knowing that it is all a part of the process of living here in this fallen world. And know that one day, not too far off in the light of eternity, we will be in a place where we won’t ever have to say goodbye to anyone ever again! 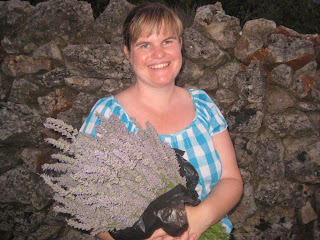