Does God speak to you when you’re washing the dishes? 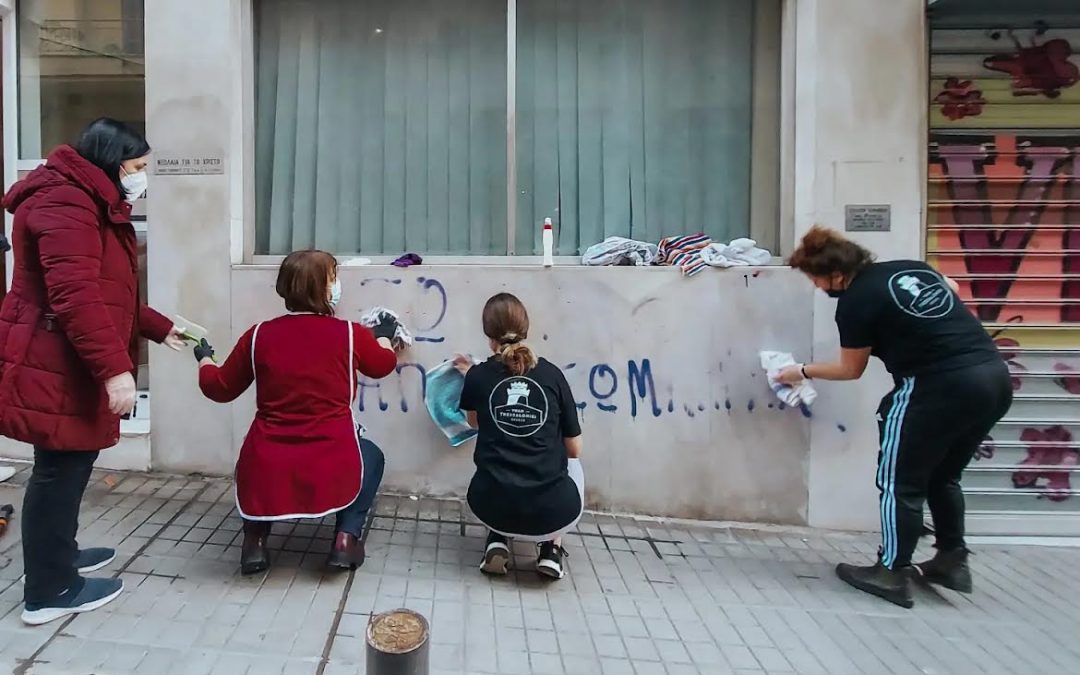 I call our kitchen our Holy Spirit hotspot of the house as it seems that God often meets me when I’m preparing a meal or a dessert to share with neighbours. He also consistently meets my husband, Timos, there as he faithfully washes the dishes of the day.

God’s voice is sweet, gentle, reassuring, powerful, encouraging, life-giving and so full of hope. I wonder where people get all their creative ideas from without it. For me, unless God’s voice breathes in my mind with its usual creativity and freshness, I can’t seem to become that person with the cool ideas. But I guess that’s just another reason for which to love God!

The Holy Spirit spoke to my husband in the kitchen, over our Christmas holidays about a person. God is always after the one, isn’t He?

God brought into his mind a family acquaintance, a successful businessman, who has been running his business for years with kingdom values and deeply loves God. God encouraged Timos to reach out to this man and share with him how pleased God is with the path that he chose to run his business and other personal words. He also felt led to ask him whether we could bring our whole YWAM Thessaloniki team to his business and take a couple of hours to encourage and pray over him and his business as we enter into 2022.

It usually starts with the one. When we’re faithful with the one, God enlarges our capacity to love and in this instance, God’s will was a bit broader than the one. God started speaking about the seven spheres and the importance of our priestly role as His followers operating in these spheres.

Timos shares what happened next:

I reached out to him sharing these words of encouragement, only to find out that he himself was in a hard season of his life, questioning a lot of things and seeking God for answers. And the words I shared with him, which God had shared with me, were the answers he was looking for. I had the privilege to go out with him, talk about life and had the freedom to challenge him and encourage him with the questions of his heart. A week later, our team visited his business site and took time to pray and hear from God for him and his business. The next day some of our team met with his son, where the son shared,

“When dad came back home from your prayer session, he was ecstatic and full of joy!”.

God saw that man, blessed him, and used him to invite us as YWAM Thessaloniki into the priestly duty of reaching out to the spheres in our city. We do this to bless, refresh, challenge and encourage by visiting individuals, businesses and churches and praying for them.

We took the month of January and reached out to as many from our networks as God brought to mind. We interceded for them based on their prayer requests, God given dreams and on anything else the Spirit led to pray.

Doors opened, hearts softened, people received the deep care and love the Father has for them through a bunch of young people who were eager and willing to listen, care, and labour with them in prayer.

“You are the light of the world. A town built on a hill cannot be hidden. Neither do people light a lamp and put it under a bowl. Instead they put it on its stand, and it gives light to everyone in the house. In the same way, let your light shine before others, that they may see your good deeds and glorify your Father in heaven.

Then as I continued to seek God for ways that we as YWAM Thessaloniki in 2022 can serve the city, the Church and the one, God continued to speak.

We knew that in April 2022 we would mark 365 days of the 1000 day journey that God called us to here in Thessaloniki. We knew God would lead us into a new season after April.

Since January 2022 was to be a month of intercession, what would God want us to do with the rest of the months until this new season?

God shared with us the idea of thematic months. The theme of each month is inspired by YWAM DNA and what the locals have seen from us so far:

January- the month of intercession.

February- the month of service.

March- the month of training.

April- the month of worship.

In February, we got to serve in many practical ways, as the needs of the local churches, individuals, and the city were things that we could respond to. We served in as many ways as we could; from cleaning apartments of people who are really sick, to picking up trash in the forest, to cleaning graffiti downtown, and we did it all with such joy.

In March, we are hosting four seminars based on our YWAM values and DNA so locals can be equipped with some of the tools that we as YWAM love and use often. The first seminar was on worship and cultivating the heart of the worshipper, the second is on prayer and partnering with God, the third one is on making disciples (DMM) and the last one is going to be on the eastern Orthodox faith. This final seminar will be taught by the local archimandrite, with whom we have started to build a unique partnership.

We are still in the process of seeking God for specifics for the month of April and we are really excited for the creative and unique ways He is going to lead us.