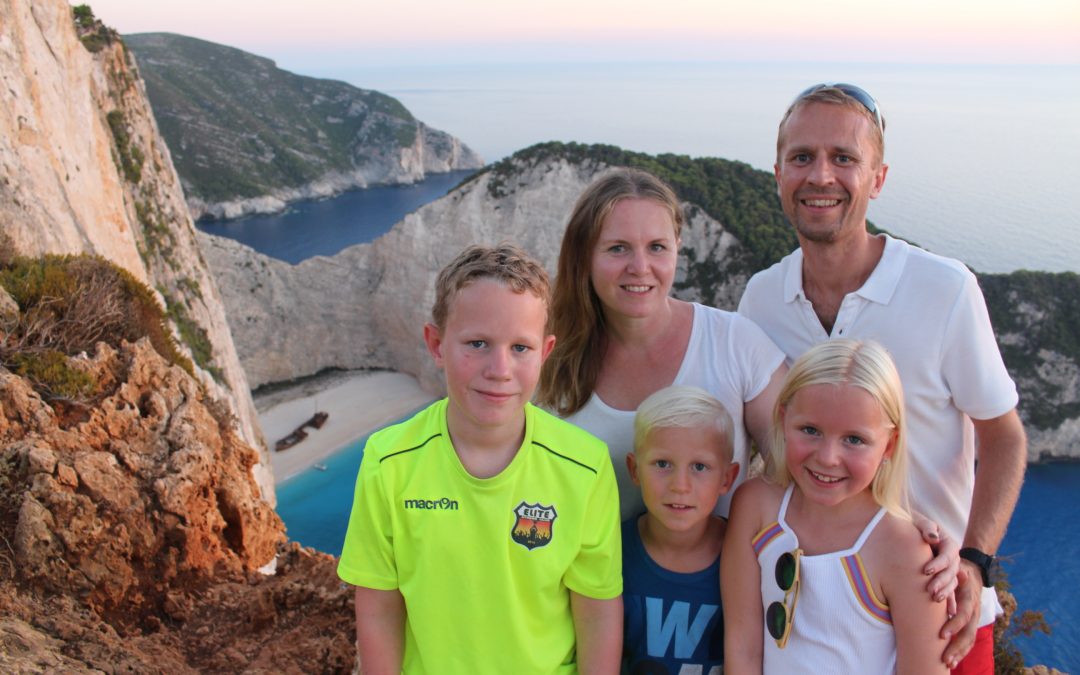 Many people might have heard the term DMM (Discipleship Making Movements). Some of you perhaps more and some less. I will start by giving you some introduction to it! DMM is a movement that stresses the discipleship of believers in smaller groups. Believers are trained as disciple makers. The key is simple obedience to God’s word that can be passed on to others even if you lack money and buildings! Jesus was modelling the Kingdom movement to the disciples. The disciples then put it into practice as the Holy Spirit was given to them! The principles are often summarised in these activities:
Since one and half years ago our work in Athens has been focused on seeing DMM groups being started and multiplied. Our focus group of people have been refugees and Greeks. The model of discipling we find in 2 Tim 2:2,

”The things you have heard me say in the presence of many witnesses entrust to reliable people who will also be qualified to teach others.” We teach to release people not to keep them!

The DM movement is far from being merely a YWAM thing (I hope to see it spread among all YWAMers). Many mission organisations have adapted the way of DMM into their programs already. Within our YWAM family, the Frontier Mission has focused on reaching the unreached. The most common way of reaching out is by using the DMM model. The Multipliers (a YWAM ministry) and others in YWAM has made the DMM training available for people everywhere, not just in FM, with the aim to make it a tool for all kingdom workers!
If you want to see a short video that presents DMM you can go into this link.
I was able to do a one week DMM course with the Multipliers in 2019, just before the Covid pandemic hit. I am very thankful for it! It gave me tools and vision for a time like we are in now! Before this I had an Iranian friend in Athens that wanted to start a church with me. I was willing to help him but I wanted to build another kind of church than what I saw when looking around me in the city. Many of the churches were not discipling their people, but rather converting people and giving them information about the Christian faith and then trying to keep them in the church. I wanted to see people released to bring multiplication, not addition. One big difference in DMM model is training vs preaching. Many churches love the preaching part (we need it also from time to time) because it can inspire and give us information. Jesus also preached, but more often trained, his disciples. The emphasis in a DMM group is on obeying the simple scriptures rather than having deep theological discussions that we cannot put into practice and being able to share the good news with people around you.

Here in Athens we started with one group in 2019. Unfortunately the group didn’t live long, but God has given birth to 5 new groups since then (glad we didn’t give up early). We are now involved in four groups with immigrants and one group for Greeks in which our kids also are a part of. All in all we count up to 60 people that are involved in some of these groups. Many have been baptised and started to believe in Jesus recently. Others have been believers but without a fellowship. We have had three groups starting these last few months and we are thankful for the doors the Lord has opened. People are coming to us and asking if we can help them to start a group in their house as they see others being started. Once we connect with a person of peace (like the example in Luke 10) we start to invest in training the person so he/she can be a disciple maker. A simple tool that is often used in our groups is the Discovery Bible Study (DBS). You discover a Bible passage together with the help of some simple questions. The focus of the study should always be on the application part, we try to find one thing that we will act upon the coming week.
I was so excited that also our oldest son (13y) one day said that he wanted to join me on a ministry day. We gave him permission to skip one day of school and instead join one of the house groups that we have seen started recently. The group consists of around 12 Iranian young guys who live together in a house that their smuggler helped them with. They are almost all of them in their early 20s, some of them believers and some still not sure what to believe. This day one of the guys said he wanted to take the step of becoming a believer also! He had been watching us come to the house every week and he was very reserved at first and stayed away from our Bible study. But he had started to open up more and more and now he wanted to be a part of God’s family! The joy of having my son there to be a part of it was so wonderful. You cannot wish for a better school day than that!
If you are interested in knowing more about DMM, don’t hesitate to contact us or Ywam Frontier Mission.
One book that has inspired many on this topic is: T4T (by Steven Smith and Yang Kai).
Blessings to you all!
Martin and Elise Sandas, Athens Greece
Our family
Elise, Martin, Kaleb (13y), Rebecka (10y) and Eliah (8y) Sandås
We have been part of the pioneering team in Athens, Greece since 2015.
Elise:
Did her DTS in 2001 in central Norway and then the School of Frontier Mission and TESOL in Australia in 2002 and worked in China for until 2005.
Part of the ACT team in Central Europe and the Refugee Circle Team.
Profession: public health nurse and missionary at heart.
Martin
Martin did his DTS in 2002 in Central Norway and worked as staff and DTS leader until 2006.
Part of the Frontier Mission team in Europe and the Refugee Circle Team.
Profession: special education teacher and missionary at heart.