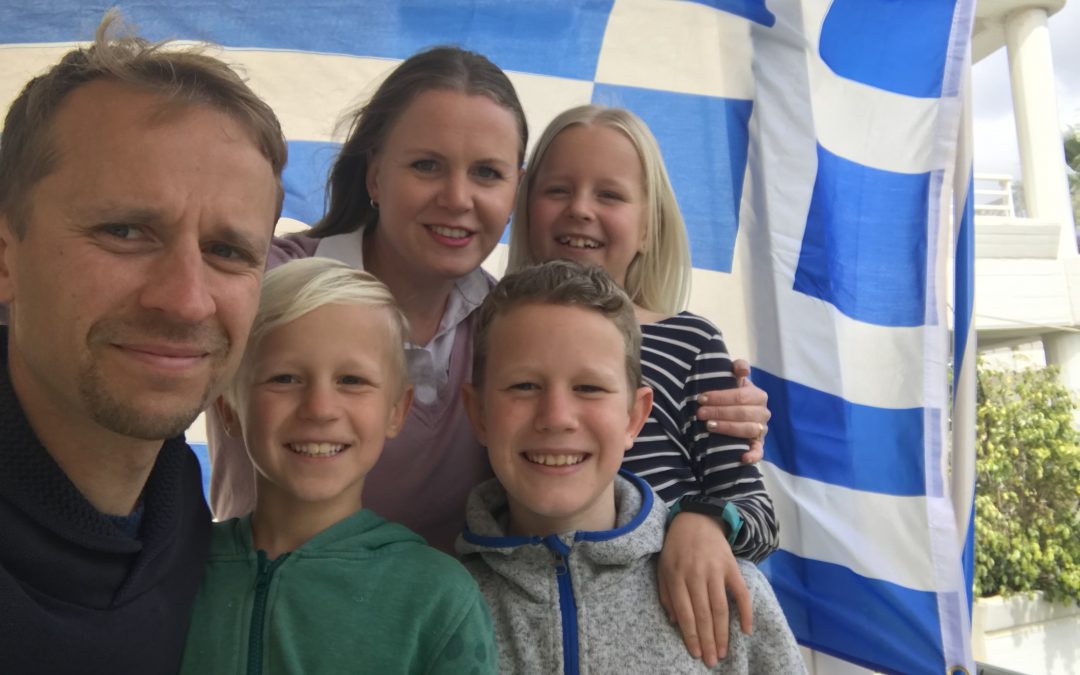 Our ministry in Athens has mostly worked with refugees who have been steadily arriving in both big and small numbers during the 5 years that we been here. It is a joyful thing to share the gospel with people who hear it for the first time in their lives. The refugee situation often reminds us of the fish miracle in Kineta (outside Athens) that is found in the book ”Is That Really You God?” by Loren Cunningham, as we see the refugees coming to Greece being met by the love of Jesus.
In September, I was able to attend a DMM (Discipleship Making Movement) course with ‘Multipliers’ in YWAM Battambang. Since completing the course, the focus has been creating a DMM in my work with refugees and Greeks. (For more information on DMM, go to the YWAM Frontier Mission’s FaceBook page). DMM is ‘simple’ church planting and is used a lot among frontier mission workers. In Athens we see a need of both frontier mission ministries and of training up the already established body of Christ. During the autumn we saw several baptisms among the Iranian and Afghan community in Athens. We had one lady and her husband who came to our Bible study group and were baptised shortly afterwards. The man was first baptised and then his wife got baptised in our bathtub in our house. She was so happy to have found Jesus and said it was the best thing that had happened to them. She even shared that she would be ready to die for Jesus! She said this after being saved for only 2 months! I was very challenged in my faith by this new believer. We from the West have so much to learn from the body of Christ that comes from the East. 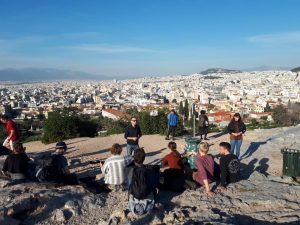 One highlight that we had in Athens before the Corona virus hit Greece, was having the DTS from Lesvos with us for a week and I taught on DMM and evangelism. We spent two afternoons on Marshill to practice evangelism and public preaching. As you probably know, Paul has been there before us, so you cannot find a better place to start! He was preaching to the Athenians from that hill in Acts 17. Today it is a place where many people, Greeks and foreigners, go to visit or hang out with friends, as they can enjoy the view of the whole city of Athens. Each time, we started off with worship and then there were some people around us to share testimonies with and do some preaching. As we gathered around in a group, it became a platform where people would share and there was definitely other people around listening to what we had to say. The worship often caught peoples’ attention and we had several people begin filming us with their phones while they enjoyed the music.
One of the days we were there, I performed the speech of Paul I had memorised by heart (I got inspired in Prague!). After the word by heart, we continued with two testimonies from our students and then went out in pairs to speak and pray with people that were sitting around. There were several people who were open for the gospel, both Greeks and foreigners. There was a Greek couple who were touched by the message and some of our team got to speak with them for a long time. The next day we were invited to meet them again in their own cafe and share more about Jesus and the gospel. Also, there was another Greek guy who thanked us for sharing the gospel to them and said it would have helped him to hear this simple gospel when he was younger. He said his school and education had ‘messed up his mind’.
Martin
YWAM Athens, Greece