We believe in young people and the power of trust. 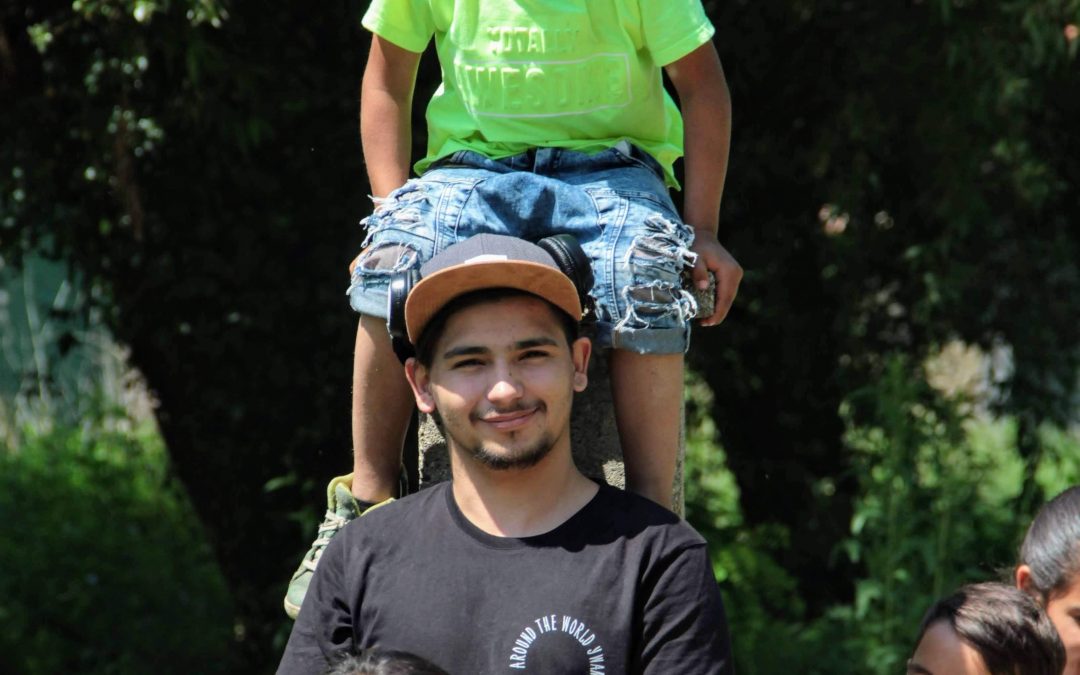 Leadership is all about creating room and opportunities for people to flourish. The power of leadership is to trust and believe in other people. That is one of the core values of leadership, to empower others to become the best version of what God has created them to be.

As an elder in a community I led and was part of building from 2005, I have seen people coming into our mission from all sorts of backgrounds. Trust is central to this as we choose to trust people and don’t require anyone to have to prove themselves to us. As YWAM, we are all about trusting young people, and we live that out when we give people room and opportunity to grow.

One of the people I have asked to share is Giuniet, a man that through a lot of different people came to our community and whose life radically changed when we trusted and believed in him.

Giuniet Aldea, one of our staff members, has been discipled through different ministries for years, and his story with YWAM began when he was 13 years old.

Giuniet grew up in a social housing project called “Henri Coanda.” It was built by the mayor of Constanta, Romania in 2012 for the poor and needy in the city. Shortly after, our base started ministering there and Giuniet met one of our staff members, Bart, who became friends with him. At the time, Giuniet was a Muslim because he came from a Muslim background. His friendship with Bart led him to hearing about God.

As a young boy, Giuniet had many questions about God and became interested in learning more. He was invited to King’s Kids, our ministry that works with teenagers throughout the city. As Giuniet attended that ministry, he also began helping with the Henri Coanda ministry reaching his peers. In all of this His relationship with the Lord developed. However, as you draw nearer to the Lord, the devil also presses into you. Giuniet had a girlfriend who wasn’t the best influence on him, and for a period of time, he fell away from his growth & God. During that time, a few people reach out to him and invite him back to church. When he returned, Giuniet’s fire for the Lord was reignited and his growth continued.

King’s Kids, along with other base ministries and staff, continued to pour into him as he was growing. To gain deeper knowledge and understanding of God & faith, he decided to do a DTS. Upon completion of the DTS, Giuniet joined YWAM staff, working with Summer Nightlife Outreach, serving the Henri Coanda neighborhood and he recently became a part of the DTS team. Giuniet also serves with “Reclaimed,” which is a pioneering ministry that is a part of our Community Transformation ministry. “Reclaimed” is working with young men from Giuniet’s neighborhood to help them discover their God-given worth and potential through woodworking projects. This ministry also fosters discipleship through relationship with those involved.

The staff of “Reclaimed” is currently discipling a young man who hasn’t made the best choices in his life and is open to seeing all that God has for him. He is learning different woodworking skills while building relationships with the entire YWAM Constanta community.

When we disciple through relationships, the outcomes are so amazing! We have begun to see the fruit of many years of ministry in Henri Coanda! We continue to plant more seeds and harvest the ones that are ready, just like Giuniet.