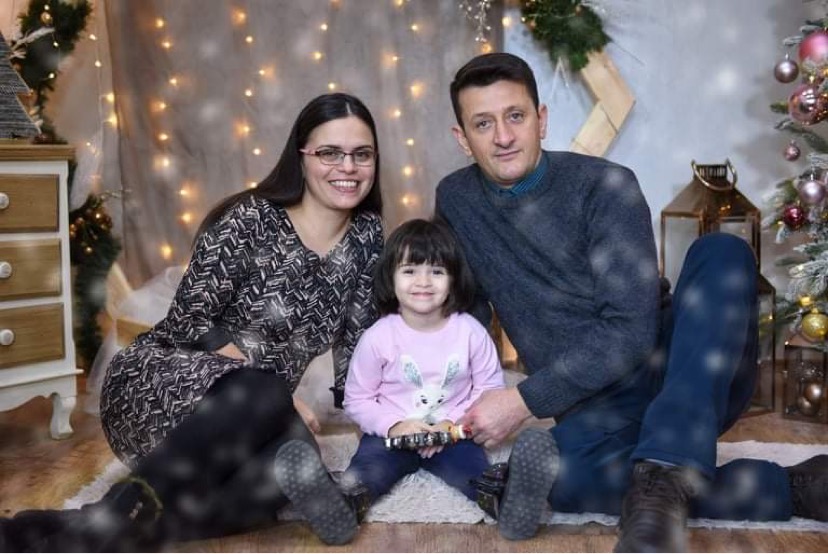 “You will be his witness to all people of what you have seen and heard.” Acts 22:15

Sharing our testimonies of people of faith is one of the most important things we can do. Our testimony is consistently changing because God is always working. The purpose of sharing our testimony is to encourage others and share the Good News with those who might not have heard it. Today, I would like to share part of someone else’s testimony.

Toni Jankov is a native Macedonian man who is on fire for Jesus! He had a hard life before coming to know Jesus, as many of us did. He was a slave to drugs and other addictions in his life. One day, he started attending an Evangelical church. The thing about Macedonia is that it is a primarily Orthodox Christian country. Although many people call themselves Christians, they do not have a true relationship with God. This was also the case for Toni. He had been attending the Orthodox church, so for him to attend an Evangelical church was a big deal.

After attending this church for some time and reading through the Bible for himself, Toni accepted Christ into his life. He felt free from his life of drugs and criminal activity, but it wasn’t a quick and easy fix. He had relapses from time to time and recognized that he needed to change his character. Part of the answer to that problem was to get out of his hometown. He had a strong group of Christian influences in his life during this time who challenged him to strengthen his character and encouraged him to attend a Discipleship Training School (DTS).

In 2015, Toni and his girlfriend (now wife) went to visit their friend Vane in Budapest. It was there that Toni started exploring the idea of doing a DTS. As many of us in missions, he was concerned about how he would afford it. His parents weren’t going to support him as they thought he was lying. He had been a drug addict for 6 years, so they didn’t trust that he was going to use this money for a school. But another friend of his assured him that God would provide and to not worry about finances.

So, off to Budapest he went!

He learned so much about God and himself throughout the DTS, but there were also some things in him that were revealed, and they weren’t so flattering. He was able to work through some of those things and grow in his relationship with God and others. During the lecture phase, it became apparent that not all the students would be able to afford their outreach fees. As a school, they went out on the streets of Budapest and dressed up as clowns, made balloon animals, and did all the other fun things that clowns do in order to raise money. And guess what? God provided!

Their outreach took place in Albania. Toni had a story about a funny experience he had while on outreach. He hadn’t had a haircut in over three months…Budapest is expensive, okay? So, he found a place that would cut his hair. It was an Indian man in an Albanian barber shop. The man was interested to have another foreigner as his client, to say the least! Toni explained as best he could what he wanted, but in the excitement of it all, or maybe a slight language barrier, the man gave Toni the exact opposite of what he wanted. But a memory was made, and Toni’s hair is back to looking great again, and that is what’s important!

Toni is now back living in Macedonia with his beautiful wife, Gordana. He proposed to her right after outreach, and they got married in 2015. He rebuilt his childhood home, and they are now working on building a second story for there to be more room. They have one daughter and another child on the way. Toni and his wife both work full-time but consider that to be part of their ministry. Outside of work they enjoy praying for people in need. They help the oppressed, poor, and needy in their neighborhood by providing necessities for them when they can. They would like to be in ministry in a more full-time capacity but will go wherever the Lord leads them.

As far as DTS’s go, Toni highly recommends them. He says it’s like going through a refiner’s fire. It is intense and the ugly stuff will rise to the surface, but eventually you will be more pure because of it. It is a great learning environment, as there are people from many different cultures and backgrounds all coming together, so there will most definitely be different opinions, but take that as an opportunity to learn and grow.

For anyone who is interested in visiting or serving in Macedonia, Toni says, “Come on! Now is the time!” The ground there is fertile for the gospel. There is cultural and social openness, and the young people are especially open. It doesn’t matter the length of time; they just need people.

“He told them, ‘The harvest is plentiful, but the workers are few. Ask the Lord of the harvest, therefore, to send out workers into his harvest field.’”

Taylor is a passionate writer living and serving in Užice, Serbia. Her desire in writing is to share stories and testimonies with others to encourage and inspire growth in all aspects of life and ministry.