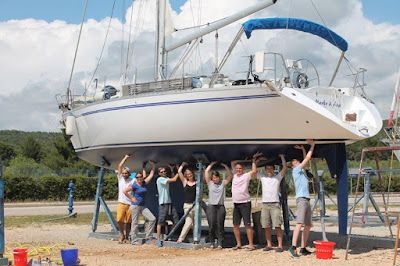 During the Central European Gathering YWAM Croatia made the announcement that they had signed papers to buy the above boat that they would be able to use for discipleship and training. After 10 years of having a vision for boat ministry, Jarod and Bexi’s God-given dream came true. Ship ministry has been a part of YWAM’s vision since 1978 when Loren had the vision of twin ministries – ships and the University – which he writes about in his book “Is that really You, God?”

Loren and Darlene felt that we should take up an offering for the boat. People gave sacrificially and it was a fantastic display of generosity for what God is doing in Central Europe.

Later that day, YWAM Constanta shared about their vision to buy a building in downtown Constanta. 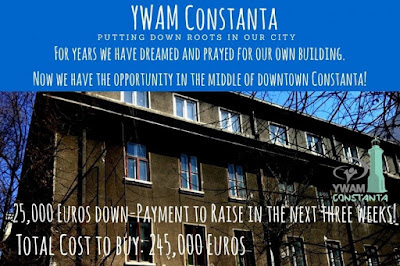 In an amazing display of generosity and obedience, the YWAM Croatia team felt led to give the cash portion of the offering to the efforts of YWAM Constanta. The pledges they would still keep for the boat, but God prompted them to give all of the cash to the building.

Once again we saw how God can multiply what we give to bless more than just one ministry. Now, we as Central Europe have bought into two properties – one on the Adriatic Coast and one on the Black Sea coast. These displays of generosity were an encouragement to us all to carry on being generous in our every day lives and see how God will multiply that!