Building houses for the Glory of God. 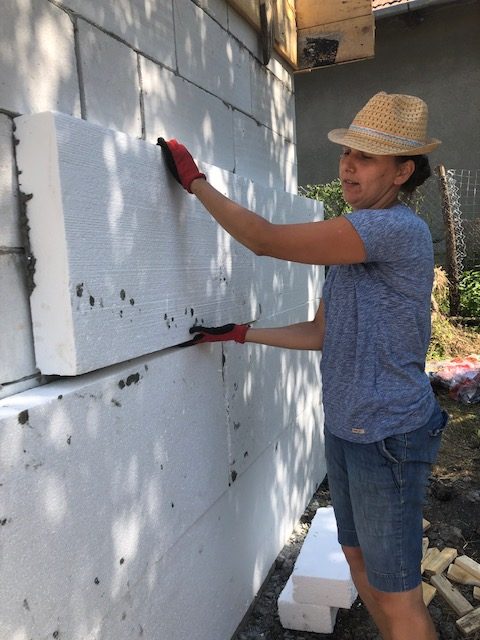 As the year started, and even from last summer, we began planning the houses we would build, talking with teams about coming to help, and bought some land for building more houses. But then everything changed. As the months unfolded, we weren’t sure if we would be able to build them anymore. May and June came with some flooding in different counties of Romania, and we started praying about helping a family who lost their house.

We do believe that with everything that happened, God was determining our steps. We met an old lady living with her son who lost two walls of their house. They were living with neighbors and had no hope for a house!

God made it possible for us to build an amazing team as a part of the ProMission festival, and He also provided the finances for the house! In just 6 days, we were able to finish a three-room house, which will serve them for many years to come!

It was truly His provision and protection, and we are so overwhelmed that during this uncertain time we were able to bless a family with something as unexpected as a home! There is nothing that can describe the joy of giving! The surprise on the faces of the families (they did not know what to expect when we got there), the hope that rises every day as the house gets built, and the tears at the end when they receive the key to a brand new house! One thing that we are aware of is the impact on the community. We always believed that there is something positive happening in the communities where we build, and this time it was even stronger. We appeared in the village as a group of twenty people, and in 6 days we built a house! The gratitude and positive feedback from the people were overwhelming. We even appeared in the local newspaper and everyone was impacted by our work. We know that God will use this for His glory and many people will think about His great love for them!

And it’s not the house that counts the most, but the unexpected grace and love (which ultimately come from God), the hope for a brighter future, the restored confidence! It’s the fact that the family knows that God did not forget them, but He loves them with everlasting love!

Tabita Huluban is a Romanian missionary living and working in Cluj-Napoca, Romania. She is one of those people that any team would “kill” to have. Her servant and loyal heart make her a wonderful team player. She is part of the leadership team in ELS Ministries, here in Cluj. Her latest vision is to reach out to the homeless in Cluj. She feels God placed in her heart a special love for these people: to see them saved, not only to see them fed and sheltered.