Breathing LIFE in the Spheres – Living Intentionally For Eternity 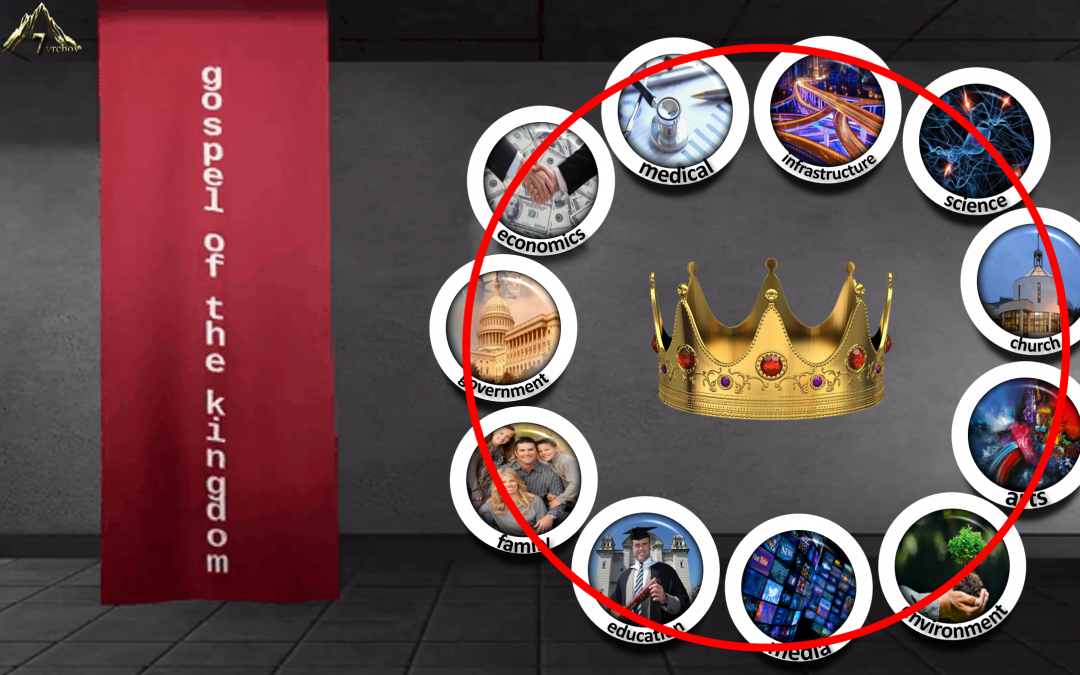 For the next several months we will be focusing on the 7 Spheres of Society, leading up to our Central European Prayer Morning on June 4th.

Ad de Bruin will be kicking off the blog series. First, let’s hear from Timos with a 1 minute word about the Prayer Morning.

This February Ad de Bruin led an amazing day conference on the 7 Spheres of Society. Ad has been researching and speaking on the 7 Spheres for several years now. He recently lead a conference on the subject in the Slovak and Czech Republics, via ZOOM. Ad and his team were expecting about 200 online participants. They were pleasantly surprised when around 700 people participated in the conference from both the Slovak and Czech Republics. We also attended the conference as online participants. The program moved along well as different influential speakers spoke on the Spheres. The time in the breakout groups was absolutely amazing. We recently contacted Ad to ask him more about the information presented at the conference and below, we share his thoughts with you.

“At the heart of YWAM, as a missionary organization, lays the great commission: “Go into all the world”. This task has two sides: reaching every individual on the one hand (Mark16), and making disciples of the nations on the other (Matt.28). It is about this second part that Loren Cunningham had a revelation in 1975. The Seven Spheres of society (arts & entertainment, business, church, education, family, government and media ) shape the way we think and therefore the way we make decisions. By influencing these ‘mind moulders’ we can shape the future of nations and make the kingdom of God a greater reality. The result was that the University of the Nations was born, with seven faculties representing these spheres of society, making them the classrooms for influencing the world.

The concept of the 7 Spheres, to Slovakia

For many years we have been working in Slovakia to bring the concept of the 7 Spheres of society.  Here, among the churches and in society, we call them “mountains”, just another term for the same concept.  As a result of our work, a whole movement began, which resulted in thousands of believers becoming involved in government at the local level.  Four of the eight provinces’ governors have been trained by us, as well as many members of parliament and ministers in the government. Because of this impact in the nation, I was invited to speak several times in the Czech Republic on what we are doing in Slovakia. After sharing in different groups and conferences, slowly, a greater interest was born to do something on a national level. This became the springboard to the online conference we had in February.

Because the connections I had were mainly in the protestant world, a dear friend of mine who is Catholic and with whom we have done many projects, was able to mobilize the Catholic world in the Czech Republic. Originally it was planned as a ‘live’ conference, but because of Covid we had to do it online. Hopefully in September we will be able to hold a ‘real’ conference as the participants are eager to continue to learn and develop more networks in the nation. In November there will be elections in the Czech Republic, which we hope to influence in a positive way through the new networks that are created. We are very much aware that the ‘breakthrough’ we are experiencing is the result of many years of prayer that has gone on in the nation and the many times reconciliation has taken place between Catholics and Protestants. Also, repentance for sins of the past has taken place in many cities in the Czech Republic. Jesus said: “This gospel of the KINGDOM shall be preached….” Not just the gospel of salvation, which focuses on the individual, but the gospel of the kingdom, which wants to make disciples of the whole nation.”

In closing, we want to say that we greatly appreciate Ad’s input on the 7 Spheres.  His teaching is challenging us to look deeper into how we as Christians have an opportunity to become more involved with one of the 7 Spheres that God is putting on our hearts.  We see the 7 Spheres of Society as a concept that can grow and influence the nations in Central Europe and beyond. Please join us on June 4th for the CE Prayer Morning as we talk about the 7 Spheres and pray in the sphere-themed breakout groups.

www.7vrchov.sk (all videos are in English)

Ad de Bruin was with YWAM for 35 years and is now working with an organization that he started several years ago that is focused on bringing Biblical principles in every sphere of society.

Ad a Dutchman is married to Ingela from Sweden and together they have three sons. The oldest one is married and lives in Australia, the second in the Netherlands and the third one is on his way to America where he has a girlfriend.

Before coming to Slovakia they were missionaries in Africa for 10 years. The last 7 of those they lived in Uganda, where they experienced how God can change a whole nation! It planted the seed for more in their hearts and is seeing the same thing happening in Slovakia. It is so exciting to see that what almost seemed like an impossibility when we came to Slovakia, is now bearing so much fruit.

If you are interested in having Ad de Bruin speak at your DTS, Secondary School, or at a 7 Spheres conference in your nation please contact him at ad@7vrchov.sk