At the YWAM Central European conference held in Vajta in May, an offering was taken up for the flood victims. YWAM Serbia and YWAM Bosnia Herzegovina split it between them, and they will both be using it to help people affected by the flooding directly.  You can see some of the stories from Bosnia Herzegovina here. Below are two stories from Serbia. Thank-you everyone for contributing to help these people in their time of need!

Nebojša and his wife Dragica are refugees from Kosovo who moved into Serbia after the Albanian forces leveled the entire village they used to live in. They live in Požega near a river that rose 5 meters in 4 hours in the middle of the night with no warning. Nebojša said that he just had enough time to go and warn his sleeping neighbors and carry them and one lady to safety before the water was too high to go back. Below is Nebojša with Chris from YWAM Serbia: 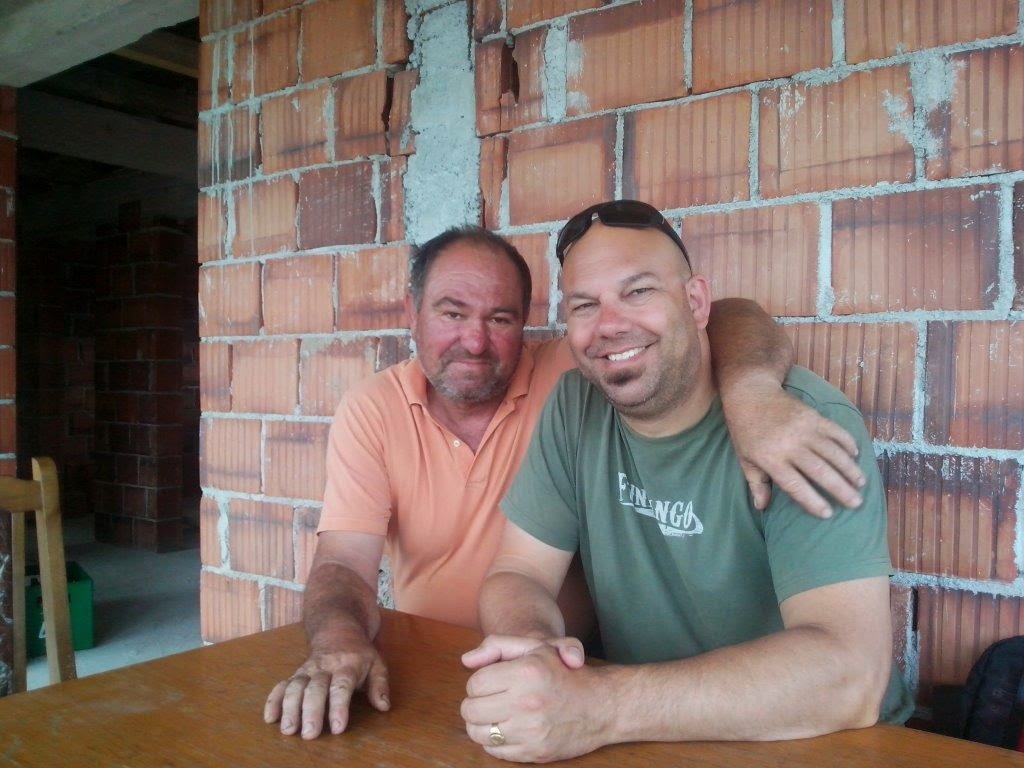 He told us in tears that this is the second time in his life that everything has been destroyed and he has had to start again from nothing. While his neighbors are promised new houses from the Serbian government, as a refugee from Kosovo, he is given nothing. Since the flooding happened he has been working hard with little bits that he has been given to build a new house before the winter sets in. 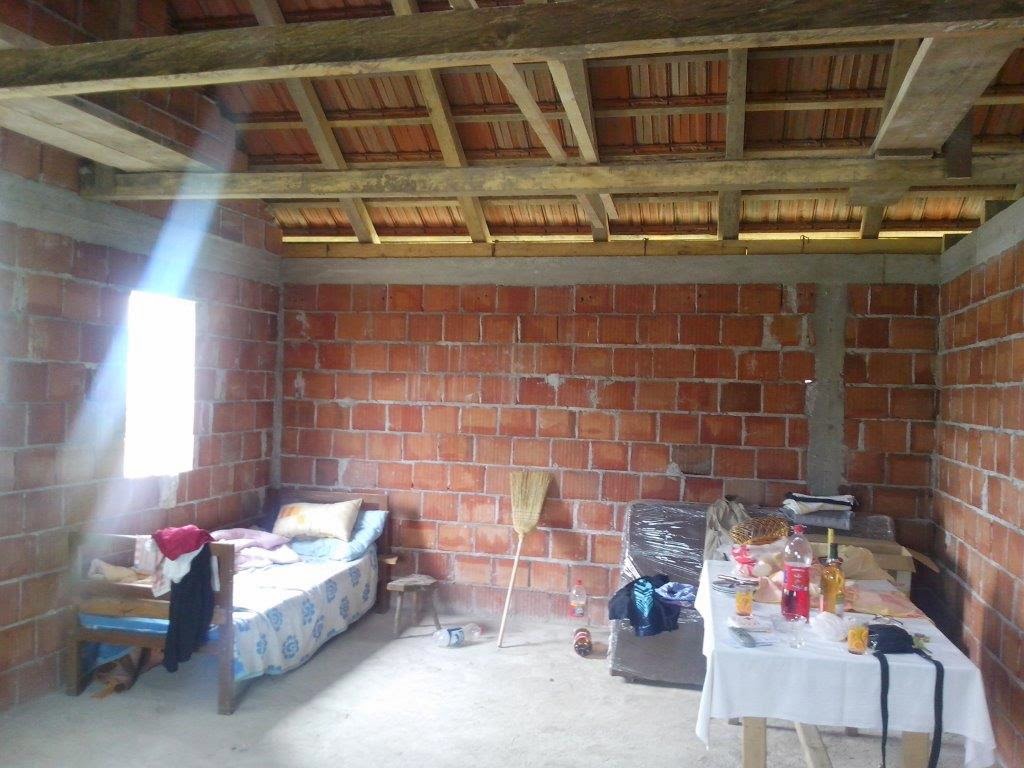 We gave him a gift to buy a door for one room of his house so that he can finish that one room (above) to keep warm for his wife and himself in the winter.

Please continue to keep this and other families affected by the floods in your prayers, especially as more rain keeps falling, causing flash floods and destroying more homes all over the country.

A farming family in Bajina Bašta

The second story is about a farmer’s family living along a little river in Bajina Bašta which is located near the river Drina. On the other side of the river you will find the Republic of Srpska, one of the two entities that make up Bosnia Heryegovina. The family Matić exists of father Nebojša, mother Ljiljana and their daughters Nevena, Angelina, son Čedomir and grandma Olga. 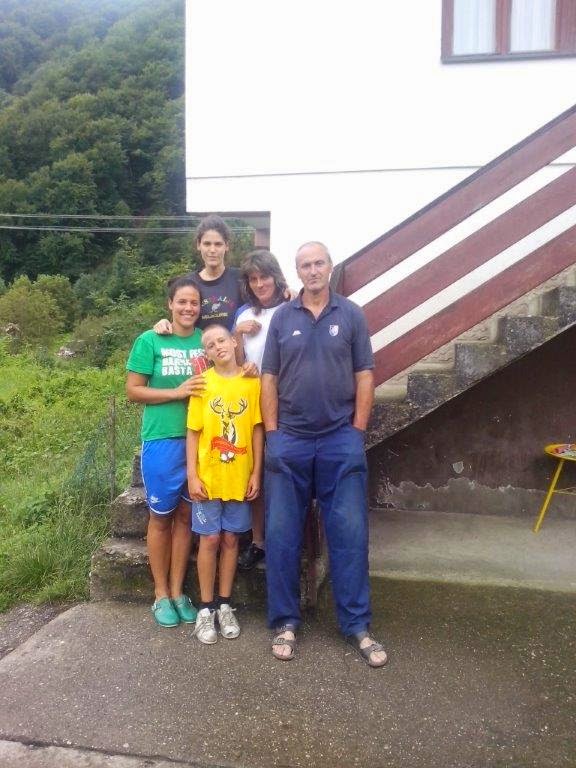 They received us in their home and while we were drinking a cup of strong home-made coffee, they told their story about the recent flood. 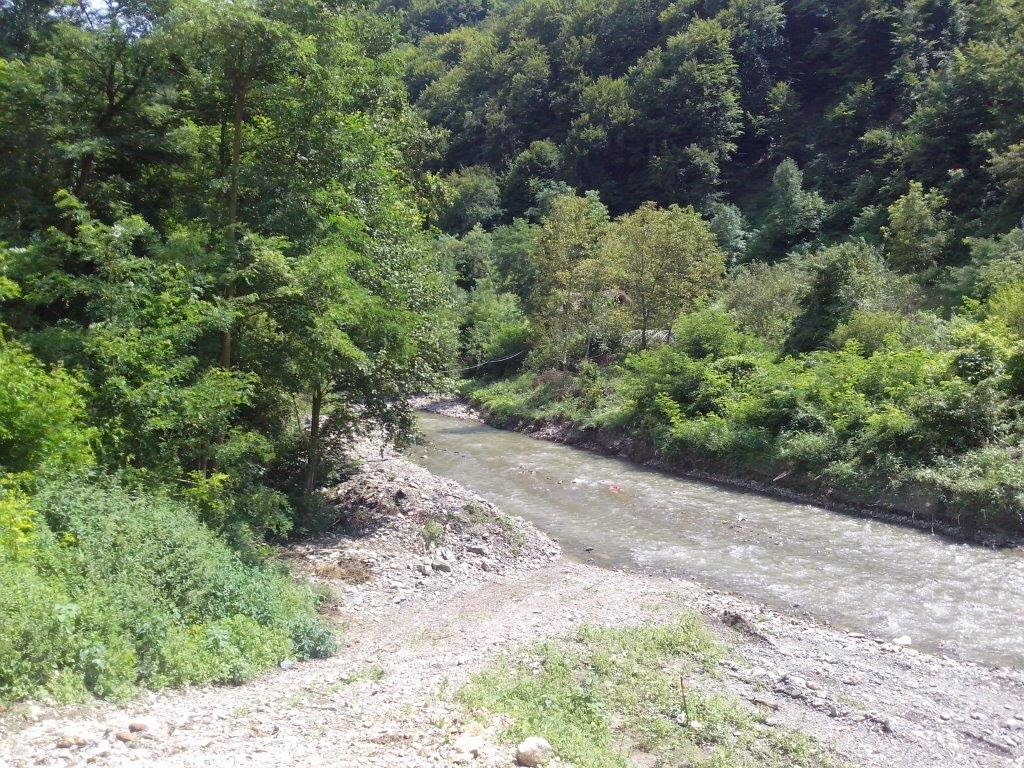 Nebojša is a former professional basketball player who invested all his money in a farm along the little river (above). He had pigs and chickens and quite a bit of machinery in the barn. Suddenly (overnight) the little peaceful river changed into an everything-destroying-wild-big river. It wiped the whole barn away, completely up to the outside wall of their house(below). 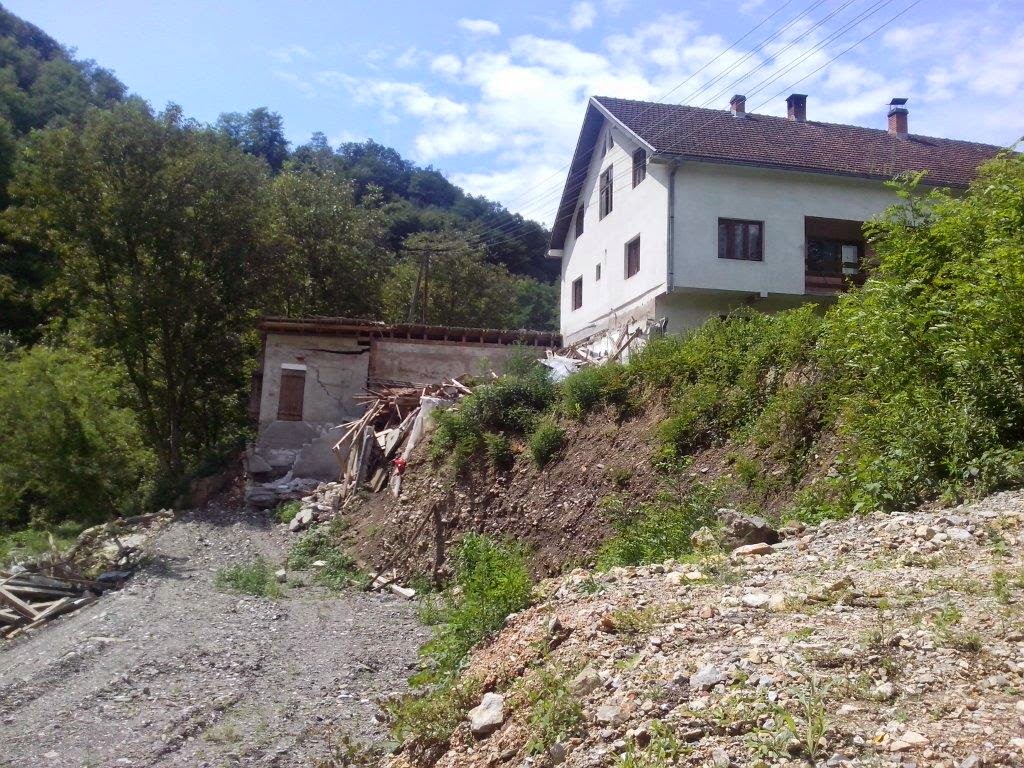 They want to start the farm all over again, which will cost about 40.000 euro. They asked us if we could help them with this. This was way beyond our ability, but we said we could help them with some money to make their outside wall of their house disaster ”proof”. They were encouraged by this. We said goodbye, happy that we could help them at least a little bit, but at the same time we feel overwhelmed by their need. Can you continue to pray for this family.