It has been two months since the disastrous flooding hit these three countries and so many people lost everything that they have been working for their whole lives. Below is a map of the area that was flooded – after a super storm brought down what would usually be the average monthly rainfall per day for 3 days: 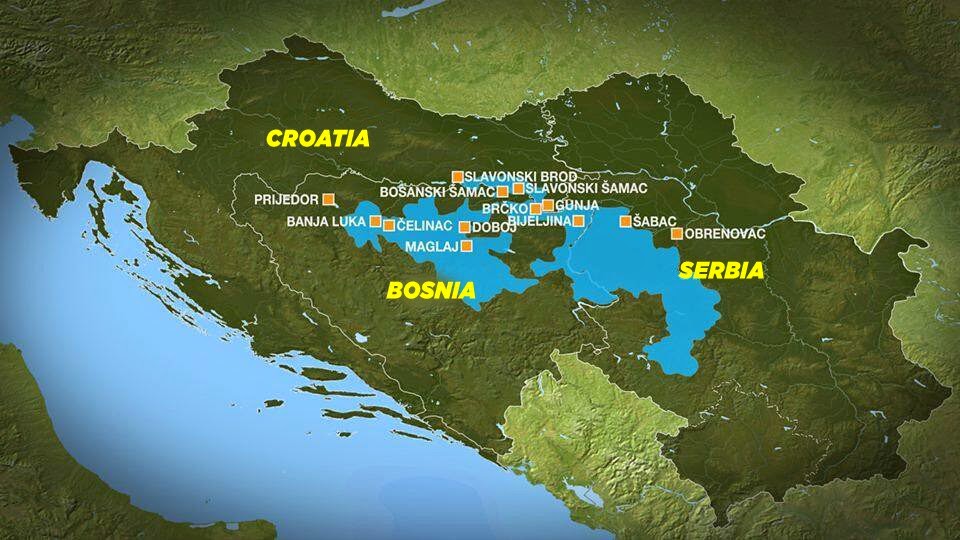 At least 40 people lost their lives, hundreds of thousands were displaced, and millions of people lost everything. Below is a picture – taken in Banja Luka, Bosnia – of everything being thrown out as it is no longer usable (in the city the flood water included sewage). The flood is a reminder where we should invest the most – in things that will last for eternity! 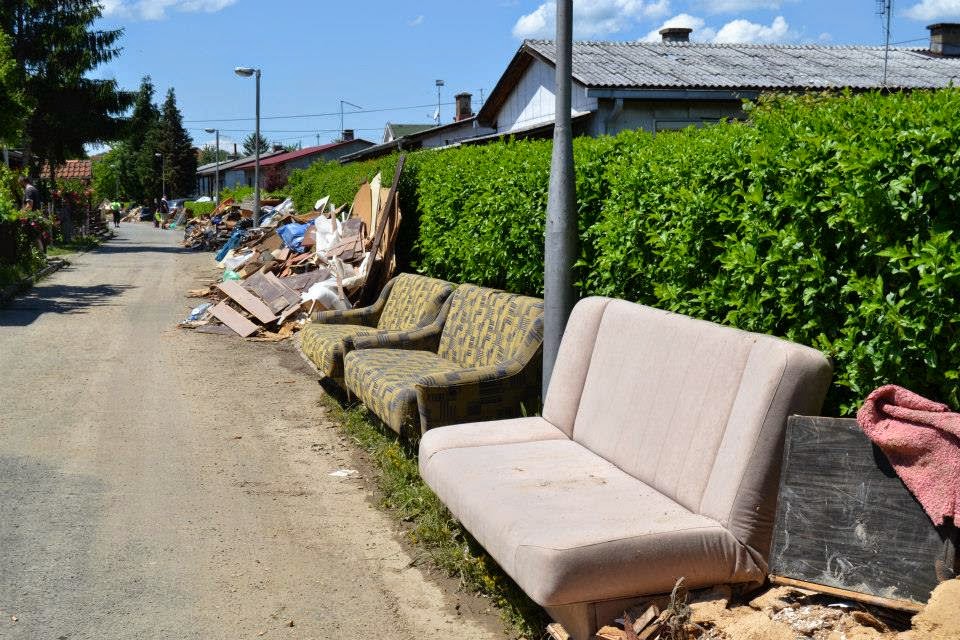 At the YWAM Central European conference held in Vajta in May, an offering was taken up for the flood victims. YWAM Serbia and YWAM Bosnia Herzegovina split it between them, and they will both be using it to help people affected by the flooding directly.

In Banja Luka, Bosnia, in cooperation with the local church, the money was used to give directly to affected families in the Banja Luka area. Over 2000 houses were flooded in Banja Luka, and we have tried to find those people who have no other way of rebuilding. Then we take them to buy the building materials or furniture which they decide that they want. It is a way to build relationships, as well as give them a little time-out in the midst of all their hardship. This process ensures that the help goes directly to those who need it, for what they need the most.

So far, over 25 families have been helped, either by the donations given through the conference, or from other sources, and the aim is to help up to 50 families.

Here are two stories about those that have been helped so far:

Katica is a 71-year-old woman who shocked us by telling us, “If I had known what was going to happen I would have kill myself before this disaster”. As a widow, she lives by herself and her neighbours saved her life by getting her out of the house because she was sleeping when it started flooding. It happened during the night and the water came very quickly and very unexpectedly.

Her biggest wish was a bed to sleep on. She couldn’t believe it when we told her that we will take her to the store so she can choose the bed and she asked if she can buy a red bed (below right with Katica and local church worker, Ljilja) just to have something colourful in her house because she had to throw everything out. She was sleeping on a sunbed someone had leant to her (below left).

Words can’t explain what a difficult life this family has. Grandpa and grandma (who just had a stroke) live with their disabled 24-year-old granddaughter and take care of her day and night. Their only wish was to remodel one room for this girl and buy a new bed for her which you did.

In the picture you can see two wonderful guys from YWAM Davos helping us to put the bed up. They were part of a team who helped us a lot while they were in Banja Luka for 3 weeks.

Please continue to pray for these three countries – there is still a long way to go with the rebuilding!