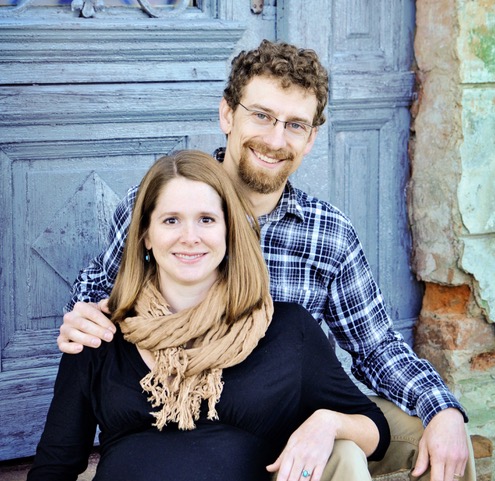 Eight and a half years ago, Tim and I moved to Romania with big dreams… big dreams of a big, non-conventional family! Before we even met, we both had a burning desire to create a family that resembled the Kingdom of God. To us, that meant a family with various nationalities and ethnicities, but most importantly it meant ADOPTION. Adoption is the way by which God is building His family. He has chosen this path and called it good! What better way could there be?

Eight and a half years ago, Tim and I moved to Romania with big dreams… big dreams of a big, non-conventional family!

As the years went on, our hearts continued to be stirred up by that fact, and so after a few years of marriage, we began exploring our possibilities regarding adoption. At that point, we had been living in Romania for just over a year. We were starting to get a better grip on the language, and so we started exploring and asking questions about adopting in Romania. Unfortunately, we were met with waves of false hope and disappointment. Government workers said it would never be possible, considering we are foreigners, while lawyers said it is definitely possible and will be done in no time. It turns out that they were both wrong. It is possible, but it would be a long, long road to walk. But God had a plan! Family is His plan. Adoption is His plan. We knew this as truth, and He knew we had willing hearts… so we sat back and let Him work out the details. 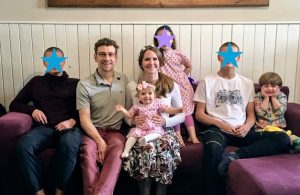 Fast forward many years, and here we are with a house full of kids. We have 2 children in foster care, 2 biological children, and 1 more foster child who recently turned 18 years old and chose to leave our home and pursue a relationship with his biological family. God led us down the path of fostering rather than applying directly for adoption. In Romania, there are over 50,000 children in the care of the state, most of whom are living in institutions and should be adoptable, but are not. Due to a burdensome bureaucratic system and understaffed social service offices, these children have not been made adoptable and therefore live their lives with little to no chance of having a family. That’s why we chose this path. To offer family to children who have been stuck in the system for 13+ years— who have longed for family, but have been raised in an institution housing upwards of 100 children. Our foster children know that we have said, “Yes” to them forever and, as the law permits, we are pursuing their adoption. This is the longer road to adoption, but they are worth the wait! We went from no kids to 5 kids in less than 4 years— 3 kids under the age of 4 and 2 teenagers! Even with as visionary as we are, we could not have dreamed that our family would explode like this! God clearly has a plan of rescue and redemption for these kids of ours, and we are grateful to be a part of it!
But the beauty here is that this process of partnering with God in the rescue and redemption of an orphaned child is not just for a select few. It’s not just for that one family in your community that has adopted 12 kids, whom some people admire and some just think they’ve lost their minds. It’s not just for the couple that has had a heartbreaking struggle with infertility and through that have seen God open their hearts to adoption.  It’s not just for people like Tim and me who have had that seed growing in our hearts for as long as we can remember. It’s not just something for the rest of the church to witness from afar. God has graciously offered adoption to all who would declare Jesus as Lord, and likewise, He has called us all to participate in the miracle of adoption. But, how?
Honestly, this is not something that I ever thought about before we found ourselves in the thick of it. When I would read James 1:27— “Pure and genuine religion in the sight of God the Father means caring for orphans and widows in their distress and refusing to let the world corrupt you.” — I would read it with only myself in mind. It made sense to me. It clicked. I felt “the call.” But this verse doesn’t say, “Pure and genuine religion for a select few who feel the call…”  No, it is clearly addressing the body of Christ as a whole. So what does it look like for the Body of Christ, as a whole, to care for the orphans and widows?
I believe it means pursuing God’s BEST for the orphaned children in your community, and God’s best for them is family. For some, this will indeed look like taking an orphaned or abandoned child into their home, and that is good! But it doesn’t stop there. For others, it will look very different, and that is good, too! Here are just a few ways that it might look for those who aren’t called to adopt:
This list is only the tip of the iceberg when it comes to ways that the body of Christ can care for the orphaned child. God’s best plan for these children is that they would be invited into loving families who point them to their heavenly Father. I believe that more families will say yes to “the call” to adopt if they know they are not on this journey alone. Everyone is not called to adopt an orphaned child, but everyone is called to help in some way.
Everyone can do something. What can you do?
Caroline Bailey, Romania