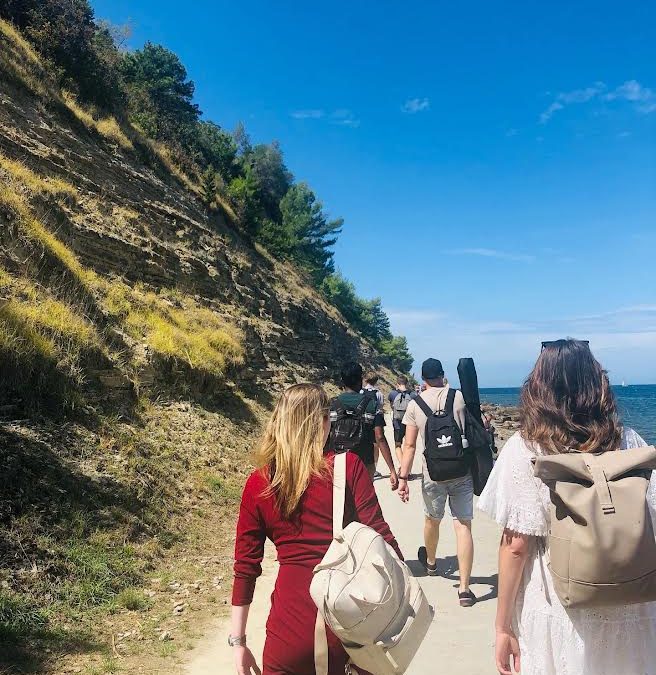 Last weekend we were worshiping on top of the castle in Ljubljana, Slovenia. One guy in particular attracted the attention of two of us so we went and spoke with him. He was from England, had gone to church for most of his life, but had turned away. He said that he recognised our songs and was lying down in the grass below for the whole worship set. ⁠
⁠
⁠
He told us of a very powerful moment during the songs. He came up the stairs to the top and continued to stand around, feeling that he couldn’t just leave. We exchanged brief testimonies and things we’ve struggled with; he was crying and opening up and I shared with him that God is pursuing him and wants him. We prayed and I gave him a word. ⁠
⁠
⁠
When I shared this story with the team, another girl mentioned that, at the time, she sensed she should shout out to where he stood, “Adam, come back!” However, she let the feeling pass. The guy I talked to… his name was Adam. Crazy! Even though she didn’t shout that down to him, God was still faithful and brought him to us– He is bigger than us and all our plans.”
⁠
– Johnny Castle