A Time for Transition 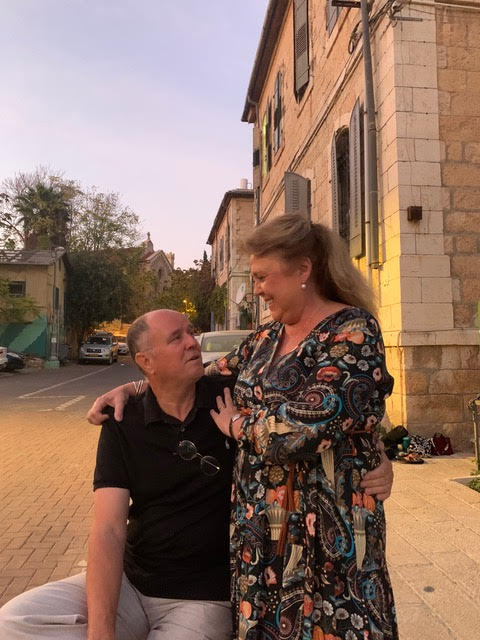 Covid-19 has turned most things upside down. Suddenly, churches, schools, public spaces,
airlines, and on and on were shut down. Suddenly, all our calendars and future plans were
deleted and large groups could not be in the same room. Borders were closed and all of our
staff spread out – It felt chaotic and very frustrating.

At first, we thought it would only be like this for a few weeks, but now it has been like this for 8
months, and if we are to believe the information provided through the media, it seems it will be
extending well into the spring of 2021.

This fall, my plan was to run our traditional Journey DTS in Athens, but in late summer we had
to send an email to all of our DTS students that we could not have our DTS this fall due to the
situation. All the students had a good understanding of this and we agreed that we will only
postpone it until January 2021. We still hope to be able to run our DTS in January, but we also
acknowledge now that we may have to postpone it once again until the autumn of 2021.

The last few months have challenged us all and forced us to rethink how we should work in the
future. I must admit that I have been a bit frustrated and desperate during this period, but I
have come to the conclusion that I think we are in a God-given season!

In fact, I think this pandemic situation has shaken us a little. I do believe God wants us out of
the routines we have had for a long time. The past few months, after all my plans got deleted, I
was forced into a closer fellowship with God, where He could reveal new things to me instead
of me asking for His blessings over my plans. He needs us to get closer to Him and away from
our usual routines and our own plans. The Covid-19 pandemic has forced all of us to seek God
for the “What now?”. Many of us do not quite know yet, but we understand that we are now in
a big transitional phase.

The other day, my thoughts went back to the early 80’s. We were four boys going on our first
trip with Bibles to Eastern Europe. The Bibles were to be delivered southeast of Hungary and
from there, a new team was to transport them further through Ukraine, and then on to Russia.
We had a trailer specifically built to transport approximately 500 hidden Bibles. It was the first
time I was involved in Bible smuggling, and I was very excited! We had memorized the address
where we were to deliver the Bibles. Nothing could be written down so that if we were
stopped, it would not be possible to find out where or to whom the Bibles were to be delivered.

If a name and address were discovered, it could have some fatal consequences for our contacts.
Bibles in Eastern Europe were prohibited at the time, and many were punished severely
through torture and many years in prison if they were involved in Bible distribution.

When we arrived at the border, our car and trailer were thoroughly checked. The border
guards, who were equipped with weapons, asked many questions about where we were going
and what the purpose of the trip was, etc. It was a rather nerve-racking experience for those of
us who took part in this for the first time. After several hours of waiting, one of the border
guards came and said we could get back in the car and drive on. They had not found anything
suspicious and we could praise the Lord for having closed the eyes of the border guards.

We then continued with several more hours of driving ahead of us.

Finally, we arrived the next night at around 9:30 pm. It was already dark outside when we parked
the car a few blocks away from where the Bibles were to be delivered. Two of us were left
behind in the car and two of us went towards the house where we were to drop off the Bibles.
The rules back then were that those who received the Bibles never knew who and when
someone would come with them. I knocked gently on the door and was still a little doubtful
whether we were at the right house. The door opened and an elderly lady stood in front of us
and said in broken English, “You must be two of the four brothers who bring Bread (bread was
the cover name of the Bibles) to us. Go and get the other two and drive the car into the
backyard here – You have to drive in here without turning the headlights on.” I stood speechless
and wondered how she could know that we were coming and that there were four of us
because she should have had no idea about this. We came in with the car and a tarp was placed
over the car to hide it and then she asked us to come in and eat before we delivered the Bibles.
She said, “I know you are hungry, so we have made some dinner for you.” When we got in, I
had to ask her and her husband, who did not speak much English, about how they knew we
were coming? She smiled and said the following. “When my husband and I were praying earlier
today, the Holy Spirit told us that tonight there would be four young men coming with a Bible
load and that we would have to cook some food because they will be hungry when they arrive.”
I felt tears start to well up in my eyes and I remember praying in that moment a silent prayer
inside me – “Jesus! I also want to have such a relationship with You.”

“When my husband and I were praying earlier

today, the Holy Spirit told us that tonight there would be four young men coming with a Bible

load and that we would have to cook some food because they will be hungry when they arrive.”

This first Bible smuggling trip, for me, was a turning point in my life. Now it was important for
me to get to know God’s voice and do what He would ask me to do.

For over 40 years now, we have been in full-time ministry: 30+ years as a pastor, church
planting, and soon 15 years in missions.

A few years ago, we were challenged to come back to Youth With A Mission (YWAM). My first
response was that I am too old for this now, but the Lord said, “No, don´t think like that.” Then
we decided to say, “Yes” to YWAM and have now been in YWAM since 2014. We have been in
Athens, Greece since 2016 with a desire to build a small YWAM center with a focus on running
DTS programs.

Our plan this fall was to run our DTS as usual. We have more than enough students signed up,
as well as staff, and are looking forward to embarking on a new Journey DTS, but then came the
Covid-19 pandemic that put an end to all our plans. The staff, who had returned home for a few
weeks after the previous DTS, could not return to Athens due to closed borders and no air traffic.

“What now?”, I thought. That was when my mind wandered back to my first Bible
smuggling trip to Central Europe. Now is the time to sit down with the Lord and seek His voice
and counsel.

As I wrote in the introduction, I think this is a God-given time for all of us.
We have a huge task ahead of us. In Central Europe alone, there are about 135 million people
and the majority do not yet know Jesus. Most likely, the Lord wants us to change the status quo
a little. The way we have worked until now may not be the way He wants us to work in the
future. For us personally, we have had a great deal of focus on our staff, students, base, etc.,
but not necessarily so much on the locals who live around us. During the Lecture Phase, we are
usually on the base and in the classroom. Then, when it is time for the Outreach Phase, we send
the students to other countries.

During this period, we in YWAM GO have had to spend a lot of time evaluating all of our work,
and at the same time, be willing to let the Lord speak to us about cutting away what is not of
Him.
We must be willing to give ourselves completely to the Lord so that we can hear His voice and
guidance. We must allow Him to renew us on all levels before we can move into the “new” He
has for us.

Transition times are not easy and can also be very unpleasant.

We want to return back to the “normal” we miss, but the Lord wants us to step into the new!
He knows about tomorrow and wants to prepare us for it, just like He prepared the people of
Israel so they could enter the Promised Land.

Transition times are a time when we have to adjust to start doing something we may have
never done. The Lord wants us to depend on Him and not our own routines. It will require all of
us to evaluate ourselves and allow the Lord to prune away some of what we do and how we
spend our time and energy. God has something new for all of us in YWAM CE.

Have patience in this phase we are now in. God has full control and knows what tomorrow
contains. I think we have a wonderful time ahead of us in YWAM CE! It’s just that it’s going to
be very different from what we all think it will be. God always has some good and refreshing
things for us.

I could have written a lot more, but I would prefer to come and visit you all, to encourage you
in this great season, we are now in.
May each one of you be blessed and take the necessary time to listen to Him in this season.