A while ago I started to sense God wanted to move us from the season we’re in now to a new season in this journey we’ve been on in our region.  Our counties have gone from closed communist nations to mostly ones that are now part of NATO & the EU.  We’ve gone from seeing someone like Al and others risking imprisonment by smuggling Bibles into places like Romania, to now, where we see Romanian YWAMer’s going out as missionaries to countries such as India.  And so, I felt God saying there’s to be a new season to keep us moving on the journey to see things grow and continue to develop.

What are some of the changes I’ve seen on this journey?

We have been going through a time of consolidation.  9 yrs. ago when I took on this role, the region was in two parts, the North Central and the South, the Balkans.  Part of what I needed to do was to bring these two parts together and make one whole region.  As we are aware naturally speaking, we have a divided region and we also had a devision in our YWAM geographical region here too.  Also, we didn’t have someone on the ground overseeing things for a long time and when I took things on from Jeff, he was overseeing the region from that very western part of the region, Holland!

We needed further consolidation because as someone described it at back then, “It was like the Wild West here” with many different ideas of what YWAM was, and what it should look like, and many of those ideas where actually not who we were at all as a mission; there was a lot of very unlike YWAMness around which needed to be addressed.  As well, most of our locations had the flavour of the YWAM location that planted them rather than their own indigenous flavour, which made it harder for locations to relate to one another.

A big part of consolidating things meant I had to make myself known to the different locations and to understand the many different situations that make up our richly complex region.  Yes, I was challenged when I looked at all the different elements that needed to be addressed, knowing it would be a slow journey to move us towards change, we also needed to see things grow and see a region built that was going to be stronger and more united.  I can report we are no longer where we were back then.

Some of the growth areas that I see are:-
-A much stronger connection between the locations, both within nations as well as those across boarders.
-A better understanding of our shared YWAM values.
-New locations being pioneered, places like Cheb & Trogir for example.
-And there’s a greater desire to see new things started generally
-More connection to the wider YWAM world
-And a more united region

The strong vision I’ve had to see us more connected, united and growing, I believe has put us in a good position to move into this next season of our development as a region.

What has God been saying about this coming new Season?

– There is to be more of a focus on personal responsibility

– Its to strengthen the grassroots, where most of our ministry happens.

-See more national structures in nations where there is nothing yet

-A new emphasis on self leadership meaning – “me taking responsibility for my own development, which in tern sees the context I minister in improve”.

A big part of this new season will be to see a new Structure developed for the region, this is still very much in progress through discussions, talking to individuals, & praying.  What I do know though, is it will be based on regionally focused circles.  The CELT will stay in place at this time but as things progress there will be a new leadership structure that will replace it, because this will happen over time, there will be continuity as we move forward with things.  Probably to start with, it wont make much difference to you where you are, but over time it should facilitate more things happening at the grass roots level.

The Central European office will continue to serve and resource the region.

So where do I fit into this new structure?

At the beginning of 2013 God spoke clearly to me that my time as regional leader was coming to an end, and that I should step down at the end of 2014.  So I’m stepping down in December.  I have known that I will step down for a while but even so, it has taken a long time for me to accept and get used to the idea.  It was not an easy thought for me, I feel very strongly connected to all of you, even if I don’t know you personally, God has put a love in my heart for who you are and what you do.  I had no idea who God wanted to take on this regional role after me and I certainly didn’t know what I would do next.  At that time I didn’t have a lot of answers but I knew at least I should start praying about this transition God wanted and to start talking with the European Leadership Team as well as the CELT about this news.  But it was clear I was not to lead us into this new developmental season.  My season had been a season of consolidation.

The process has been quite a journey for me as God had to lead me to see more of what he wanted for the new season after me, and I have now shared that with you.  It has not been a straightforward time.  But as I started to see it was to be the beginning of a new season and that God had lots more for the region, I began to get more excited about it.

The role that I have now, is called, the Regional Leader, that will change.  The new role is to be a Chairman’s role as it seeks to make a flatter structure to serve the region through facilitating regional circles.  It will carry the same authority that my role does now but will look different, especially as the chairman’s role widens out into a larger team.

Some of the qualities that the new Chairman will need are:
-The ability to relate to people where they are
-To bring people along with him into something bigger
-To be sensitive & understanding to what YWAM’ers are doing & want to achieve in their different locations
-To be a strategic thinker
-And be someone who listens to God and can appropriately apply what God is saying.
-Has strong international connections and can keep our growing connectedness to the international
-Be visionary & can follow through on implementation

So who has these qualities & will take us into this new phase of growth & development?  Well its someone that hasn’t been in the region as long as some of you, although he has lived here twice before and has continually carried these nations in his heart.  He has shown in the time that he’s been here that he has a big heart for these nations and has the qualities I have just mentioned.  Yohanan Rempt (pictured with me below) will be the one taking on the Chairman’s role for the next two years.  He will lead the region though a process that will take us into the new structure.

I want to commend Yohanan to you. Yohanan is absolutely the right person to take on this role, he is a man who listens to God and will put God first in all things.  He gives himself fully to all he does and I know that for those of you that might not know him yet, you will discover very soon after meeting him that he is wise, warm, Godly and a gracious leader.  The CELT, & The European leadership team and I believe he is the right person before God to lead us at this time.

Over the next few months I will transition more and more out of my role as Yohanan transitions into the new Chairman’s role.

One last thing – Thank you:

involvement in my life over these years,

a leader has the privileged of serving those he leads

& I have had the privilege of serving you.

and also some very sad times, as well as challenging ones too,

but it has also been the richest time of my life

and I have had the privilege of spending it among you. 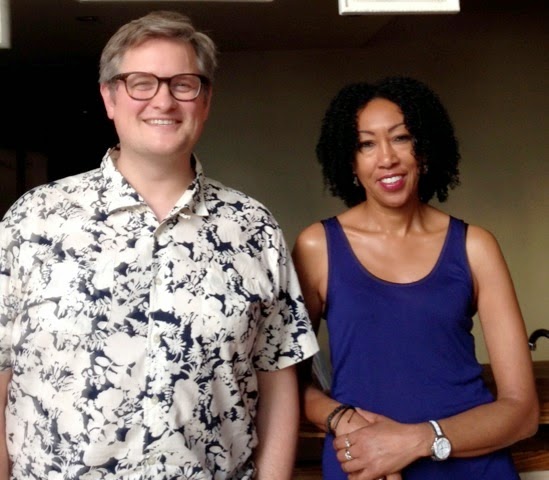