Last year the YWAM Europe leadership started talking and dreaming about a having a huge YWAM Europe gathering along the theme of “Family without borders”. The last big meeting was in Herrnhut in 2007, so it was time. From the beginning the place seemed to be Albania, where our YWAM team had good contacts with hotels ready to give us a great deal (as it is off season). The big issue was where loads of people could meet – so the idea of the tent on the beach (which is owned by the hotels) was born…

And it became a reality through a great team of people working hard to make it all happen! Having a tent on a beach and hearing the waves, was a fantastic reminder of Loren’s vision of the waves of young people going out into all the world! 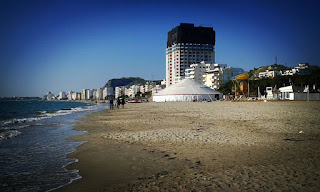 The 750 people who came along from Northern, Western, Central and Eastern Europe were all blessed with two fantastic key-note speakers, Michael, a pastor from the Ukraine, and Martha from the US, who serves in the Middle East. The both challenged us in different ways to do more for God in all that we do! 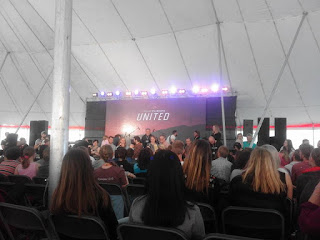 We were also blessed to have Reona and Evy, the two YWAMers who were arrested in 1973 for smuggling bibles into, then, atheistic Albania. We were actually on the beach where they were arrested, and now they were proclaiming (quite loudly and with Albanian translation) how great God is. It is 25 years since Albania opened up again, and what a difference a few years can make! 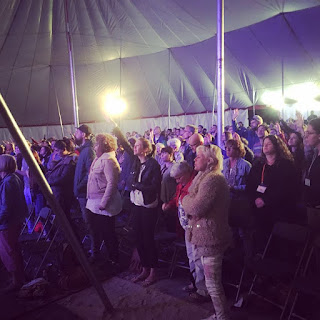 Our Central European family met one afternoon just to catch up on what is going on in our area. We used the analogy that this was a great big family reunion with our cousins from all over Europe, but it was now time for the brothers and sisters to do some catching up! We were blessed to see over 20 new people being prayed into our region. We also prayed for our new co-conveners, Belinda and Florin and prayed out Yohanan and Rachel as they leave us in the next 6 months. We also gave them a little going away gift from Albania!
We were challenged, we worshipped God, we caught up and we networked. We had a great time together celebrating being a family without borders!