Pioneering in a nutshell. 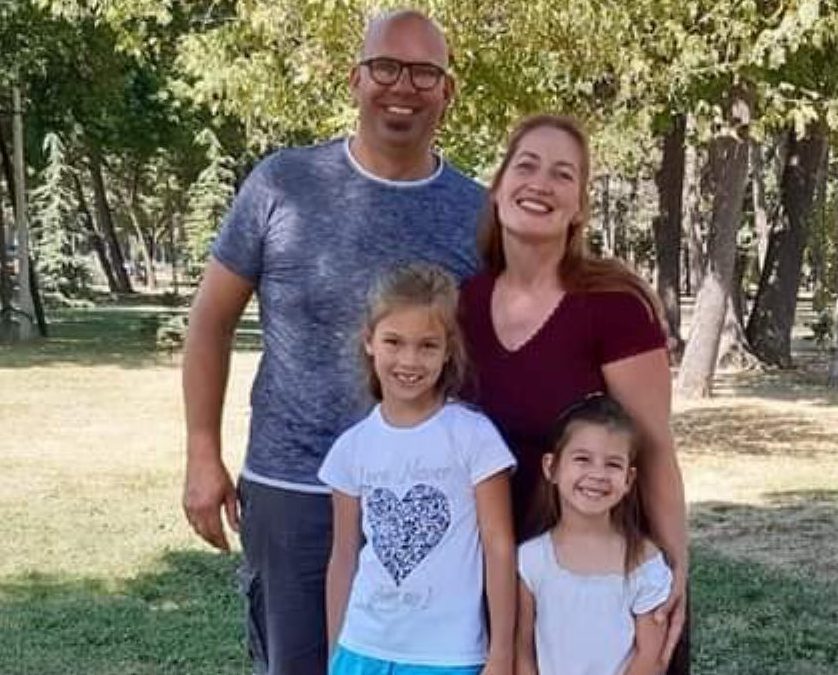 As a 21 year old Dutch girl I arrived in Budapest Hungary joining a pioneering team. That was in 1994. I was really excited and loved my new friends. I started to tackle the Hungarian language. At the start, I was feeling overwhelmed in this big city of more than 2 million people, thinking, “What difference can I make?”

The team I joined was made up of mostly musicians who formed bands who evangelized through their rock music and concerts. Exciting, right? But what can I do if I do not play an instrument? Soon I realized that my insecurities came from not knowing my real identity in Christ. It was in this time that I discovered His life by His grace, through Hal Young who lead YWAM Budapest at the time. I discovered that the Father gives me the trust to try, the freedom to fail, and His love drives out all fear. This resulted in me becoming a braver and having the courage to step out into new things.

God is more committed to see His Kingdom come than we can imagine!

Soon Steve Johnson started recruiting me to work with the first DTS in Budapest. I joined and that began my 10+ year journey of working with DTSs, taking outreach teams to places like Central Asia and the Balkan nations. Many Romanians, Bosnians, Bulgarians, and Hungarians were students in the DTSs. Amazingly they stepped out by faith, trusting with an empty wallet that God would take care of them while they go for the adventure to make Him known. Over and over I experienced God’s miraculous provision for the students as the Gospel went out. God is more committed to see His Kingdom come than we can imagine! I had a stubborn faith and naïve optimism, as well. Surely I was motivated with childlike faith to do whatever He calls me to do.

I lived 7 years in Budapest as my home base and the vision in my heart kept growing. Truly, the team was like family to me. I helped to staff “Sozo” Music Festivals in Baja, Hungary, who gathered youth from all over the Balkans. It was such a powerful time of worshipping together and building bridges among Balkan believers! While there, I met Andreas and Asne Nordli. They asked me to pioneer and lead DTSs in Constanta, Romania. I felt in my heart that God was confirming this, with vision to see more Romanians mobilized for missions. I said, “Yes.”

A key that enabled me to transition was that my leaders supported me in this next step. They also thought it was right for me. They could visualize it with me. Then Hal Young asked me the question, “What will happen if it all fails: Starting up a DTS and everything?” Then he answered his own question, “You can just come home to us and then try again.” Such releasing Grace and knowing there is a home and team who knows and loves me.

So, I took off, starting a new season of my life in Constanta, Romania, leaving friends, my apartment, and stuff behind. I arrived by train with just a few suitcases. I started over completely, needing to make new friends and learning a new language again. Andreas and Asne had done a lot of groundwork already: ploughing the ground and connecting with the local church here. A good start!!

I recruited some staff to join me before I left and formed my staff team – former DTS students with lots of potential. I casted the vision and asked for others to join me. Something that was so amazing was that several leaders from Budapest came to help in that first year with staff training.

My Romanian friends found me pushy… I realized I communicated in a Dutch way. I needed to learn how to communicate all over again.

Andreas, as a leader, was a completely different person than Hal. I found that as you start in a new place, it is so important to be a “learner.” It is not a “one size fits all.” Neither can I “copy and paste.”   In Constanta, Romania I joined a new culture, new team dynamics, and another style of doing things. It means embracing and celebrating this, as well as finding my own unique role. Unexpectedly for me, Andreas and Asne went back to Norway due to sickness shortly after I arrived, and there I was with a whole new staff team and with a big challenge in front of me to lead them on!

I must say, I sometimes felt I was almost drowning in deep water. How can I lead cross culturally? How can I build a team and grow new ministries, like: the student café and reaching street kids and prostitutes? It’s a good thing I have a tenacious attitude, ready to persevere! As the heating in the building failed, it was really cold, so we bundled up with blankets and decided every morning we would read scriptures, pray, and worship together. This was “a life saver” as it brought us together and it built up the team. We started to define the vision. I learned it does not work for me to hang it on the wall for others to follow! It needed to be birthed out of prayer. Together we see more of the bigger picture. So, I was often in need of wisdom and input. Then, I got on the phone with Mike Oman in Northern Ireland. He was a spiritual father to me; nowadays we call him “Elder”.

One thing I find so hard is dealing with conflict. Like many of us, I would rather please people and keep the harmony. Yet, God pointed out that we needed some “pruning.”  We needed to set healthy boundaries for our team to protect our work and ministry. I first procrastinated and kept praying… but then I did. It took so much of my emotions and strength. I needed time to run into His loving arms again.

After 5 years in Romania, I married Chris. We joined a staff prayer trip to Serbia and Bosnia, and God began to call us to pioneer together. We both heard God speak through a word and dream to go to Užice, Serbia. YWAM leadership agreed, and our team in Constanta, now led by Rune Saether, confirmed our call, and prayed us out.

After 7 years in Romania, we left with a team of 3: Chris and I, plus Beta Mereu Savić. First, we started to learn the Serbian language, and yes, it’s hard! With enthusiasm and great expectation, we began. Our team stayed really small. Andrew Vaughan joined us. We hosted many outreach teams; they came and went. Many prayers in the city have been prayed and many seeds of the gospel have been sown! Yet, we did not see many come to Christ. So, we persevered. We faithfully continued. It was hard not to have a church fellowship in the city besides our team. We needed more fellowship and encouragement, so from time to time we would travel to be strengthened by other believers. Community is so important. We sometimes wondered, “Should we have waited to go with a bigger team to pioneer?” Perhaps we needed to have been asked to wait? Team is so important. Together you can stand stronger.

Then, Chris had a stroke and ended up in the local hospital. We had 2 girls: a small baby and a 3-year-old. The next 2 years of recovery was hard for Chris, for our family, and for our staff team. We desperately needed a break and pushed ourselves too long. I was hitting the bottom. Yet, it was such a hard decision to make because we felt responsible and love the city and team in Užice! Letting go and leaving everything in God’s hands is so hard.

We took a break for half a year. God met us with His provision, love, and grace. It was not a luxury, but essential. It helped us restore personally, as a couple, and as a family. During this time He spoke to us afresh. Yes, we are still called to be in Serbia and to go where there is more community.  After 9 years in Užice, He showed us to move to Kragujevac, a city in the center of Serbia. In this city we have more workers, not more YWAM workers, but missionaries with other organizations. Together we serve to see a local fellowship grow, disciple, and evangelize. There is variety and unity. There are also challenges here, for sure: to keep the unity, vision, and faith. In Kragujevac, we find that we are strengthened now that we have more fellowship. I stepped out in something new: pioneering a creative art ministry. We help, assist, and serve, but are not carrying the load alone. God loves it if we do not just survive, but blossom where He plants us.