Our Very Own Greek Crisis 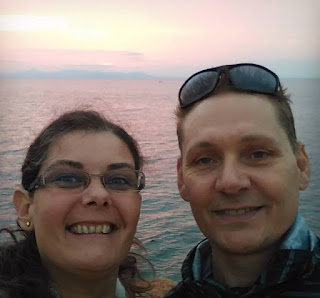 YWAMers are known for being flexible: We are ready for anything and not
afraid of the unknown or the unexpected. These are great skills to
develop in the life we lead and they often open us up to see the
miraculous hand of God at work. However, the following incident reminded
me that life is wild enough without adding to the crazy by not preparing
for those rare moments of crisis. Our CE Member Care Team have produced
the Emergency Personal Data sheet for this very reason.

We had taken a trip to Greece to celebrate Steve’s 50th birthday and
were happily exploring Athens; seeing the ancient ruins, tasting the
delicious food and enjoying in the warm Greek culture. Then it happened!
Our hire car was broken into and my wallet (cash, bank cards, ID,
driver’s license & insurance card) and Steve’s passport were stolen.
From that point we were in full-on crisis mode; securing police
reports, car hire claims and card cancellations; all of which would have
been easier if we had made copies of the lost documents.

It just so happened to be Thanksgiving weekend so the US embassy was
closed: There was no way for Steve to get a passport in time to catch
the flight home with me. To make matters worse, just after I left, Steve
got really sick, missing his embassy appointment. Eventually he did
recover enough to get a new passport and fly home a few days later. Then
we waded through all the bureaucracy of replacing the stolen cards. It
took over a month, but it’s all sorted now, AND we are working on
getting copies of all our documents stashed away safely with our
completed Emergency Personal Data sheet – just in case…

The wonderful silver lining to this story is that the first day we were
in Greece, I heard someone speaking with an American accent who looked
familiar. It turned about to be Aaron Hoover of YWAM Athens. We were so
blessed to join their Thanksgiving celebration later that week and meet
the whole team. That in itself was a special birthday gift for Steve,
but we had no idea how important it was to meet these people until
later. When Steve got stranded, the Athens team kindly took him in. That
same evening he got really sick, so they nursed him back to health and
smoothed things out with the US embassy.

God arranged for us to be well taken care of, even in a country that was
unfamiliar and where (we thought) we didn’t know anyone. God doesn’t
promise that things will never go wrong, but He promises to not abandon
us when they do!