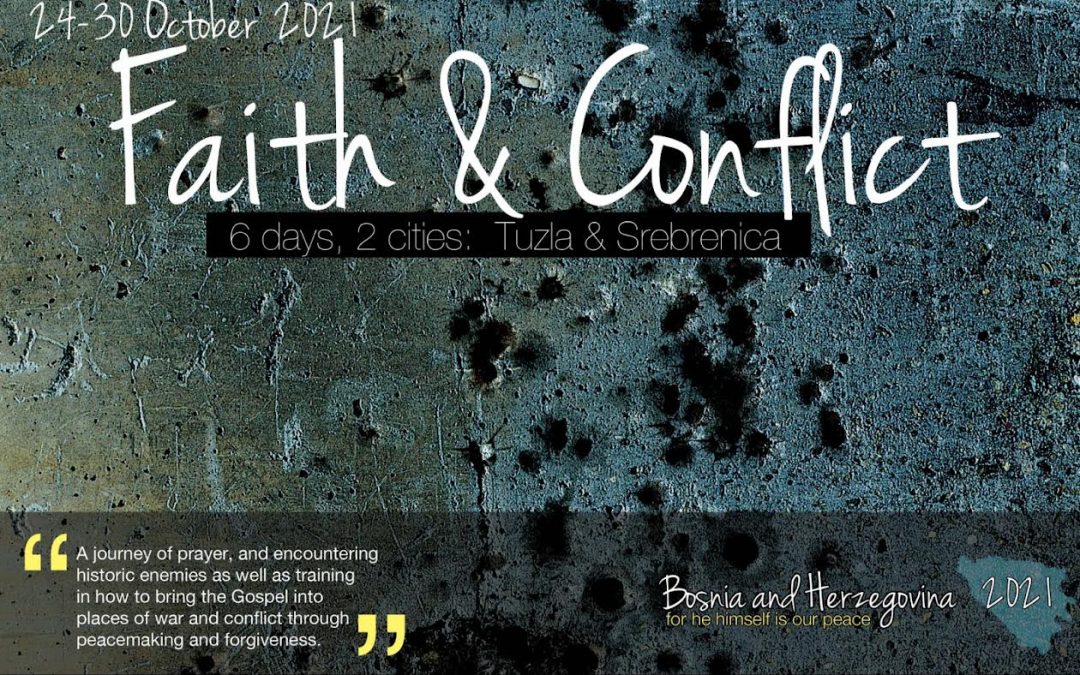 For the 5th Bosnian and Herzegovinian Faith and Conflict we went to a completely new destination, Tuzla. We were joined by a DTS team from YWAM Enniskillen and others from YWAM Rostrevor, both bases in Northern Ireland.

We had a wonderful week, with many learning experiences. It really is a journey of understanding. We learnt so much from the “Local Voices” sharing their stories of faith. One of them was in the Bosnian army during the war, but what made that unusual is that she is female! She shared that out of the thousands of soldiers in Tuzla, maybe 10 were female. Hearing her story and how she found God in the midst of the madness after the war was amazing!

We were joined by some fantastic teachers who travelled from Sarajevo to Tuzla (or joined us on Zoom) and were treated to a lovely concert by Alex Atwell who shared some of his songs and stories of reconciliation. It was well attended by local believers as well.

A day trip to the very sombre site of the worst massacre on European soil since World War II, Srebrenica, was very impactful. We also enjoyed a lovely tour of Tuzla – here we all are at the viewpoint overlooking Tuzla:

I love the fact that we can learn so much from the Bosnian people and how their faith was impacted by the conflict that happened 25 years ago. This conference gives us an opportunity to learn more about peacebuilding and how God longs to bring His Shalom here on earth. And grow in our understanding of how we can bring God’s Kingdom here on earth despite conflict or even in the midst of it.