When Alket and I felt to pioneer the YWAM centre in Durres, one of the things we felt strongly was that Durres is a significant city in Albania and the region. Let me mention a couple of reasons: Paul came and preached the gospel to Durres and from there the gospel went into the other areas of Albania. Romans 15:19 “So from Jerusalem all the way around to Illyricum, I have fully proclaimed the gospel of Christ” The first 70 Christian families in Albania got saved in 68 AD in Durres. In 1967 Albania wrote onthe constitution “We don’t believe in God” and became the first atheist nation in the world, the idea came from Durres. Reona Peterson Joly in 1973 was the first YWAM-er visiting Durres to pray and smuggle Bibles. Durres is the second biggest city in Albania and a gate to travel from any direction and to enter in Albania. 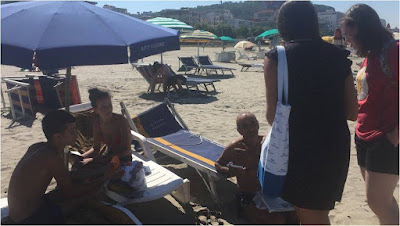 There are 200.000 – 300.000 tourists coming every summer from various nations but mainly from the Balkans. While praying, God spoke us to pioneer a ministry that will be a “living water which floods the region by reaching the hundreds of tourists” So starting from this summer we pioneered in Durres the project: “Reaching the Balkans, a Bible for every tourist” July – August 2016. 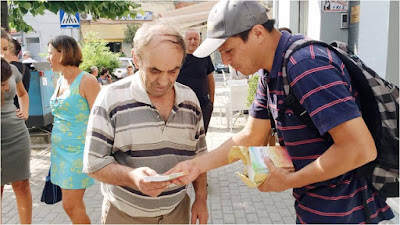 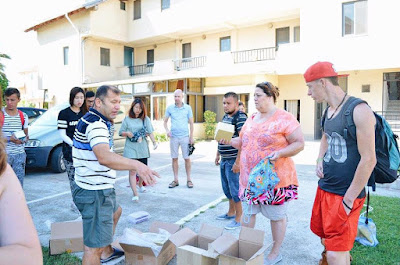 Having a heart for the young generation, we aimed not just to reach the tourists but also to give the young generation a heart for missions. We invited the churches to join us and with the help of a Lausanne DTS team, a Go Faith Team from Holland, youth from 4 churches in Albania and 12 YWAM Durres staff, we were able to give out 12000 Bibles and children books. 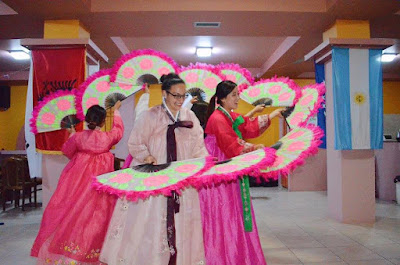 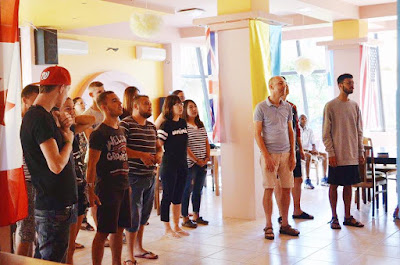 Alongside we ran a mini-DTS for the youth from the churches giving them the opportunity to live and be with us, tasting first-hand what is YWAM. Combining the worship, prayer walks, intercession, dancing, singing, face painting, sharing testimonies, giving out Bibles and mini-DTS, gave us the possibility to see people getting saved but also the youth went back to their churches transformed. It was a blessing to hear from their pastors the interest when we are going to run it again and if they can send more youth.

The project will continue every summer on July and August. Feel free to join us in this initiative. Contact us at ywamalbania(a)gmail.com